Tennessee to bring back fan favorite unis for the Florida game 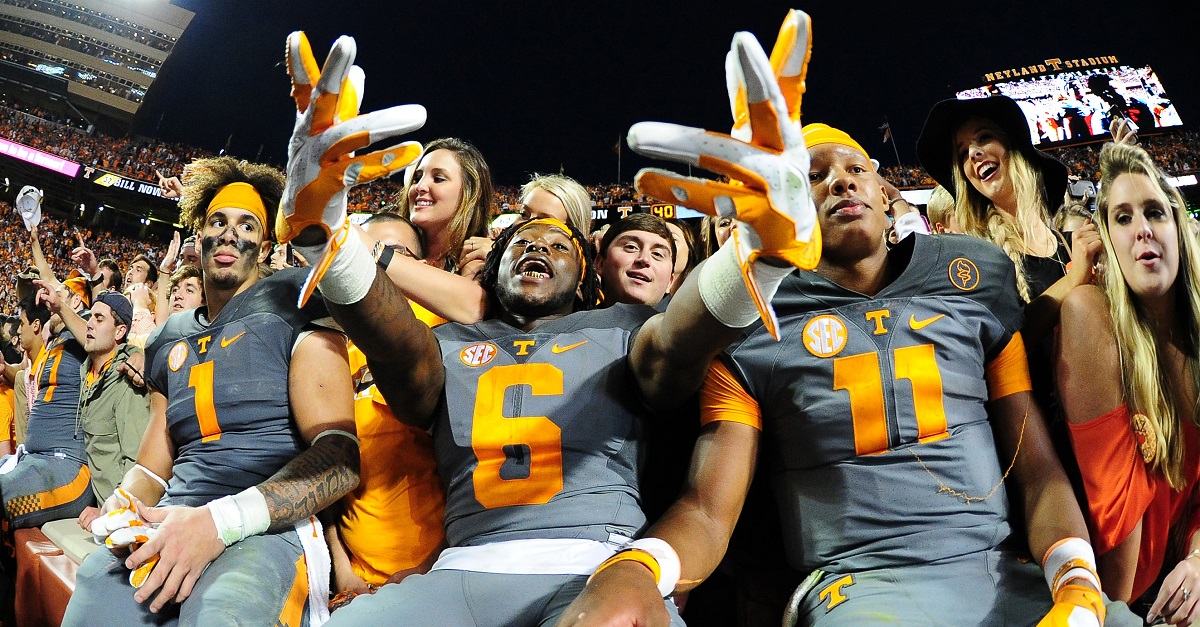 Tennessee doesn’t always wear the Smokey Grey uniforms, but when it does it looks good. The team announced they will be wearing the uniforms for the big rivalry game against Florida on Saturday.

#Vols just announced that they will be wearing their "Smokey Gray" uniforms Saturday against #Florida.

ESPN’s College GameDay will be in Knoxville for the game so it makes sense that the team would want to stand out even more. Just a reminder, this is what the uniforms look like in action:

The uniforms became a fan favorite after the team was able to rally from a 24-3 deficit to beat the Georgia Bulldogs last year for a 38-31 win and to kickstart the redemption portion of the 2015 season.