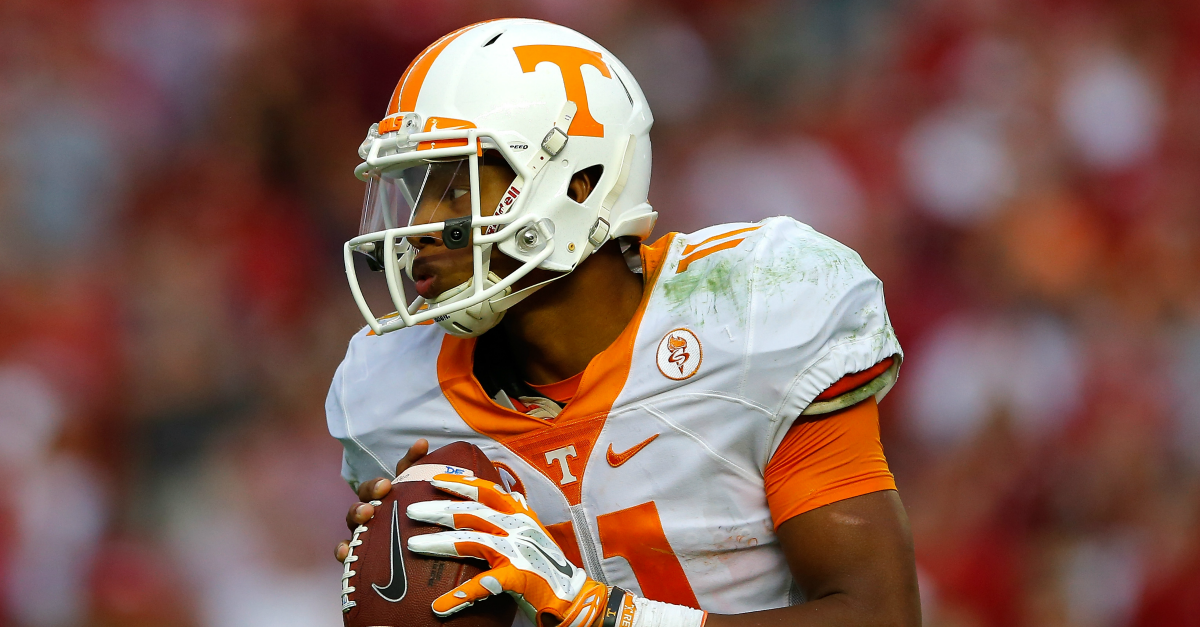 Josh Dobbs is pretty awesome. He’s an Aerospace Engineer major and the quarterback of the Tennessee Volunteers. He’s also a genuinely good guy too as one young fan found out.

This little guy was pretty upset that he didn’t get to see his hero after the Orange and White Game and reacted how many of us might.

He's a little upset he didn't get to meet @josh_dobbs1 at the O&W Game today! Can he get a shout out from his hero?! pic.twitter.com/GLrIGoINwy

Dobbs heard the kid’s cries and he came swinging into action.

It's okay guys! I found the lil guy and met him! pic.twitter.com/ausPDBcwHO

Now that’s how you keep bringing the fans back year after year. With good players and even better young men.