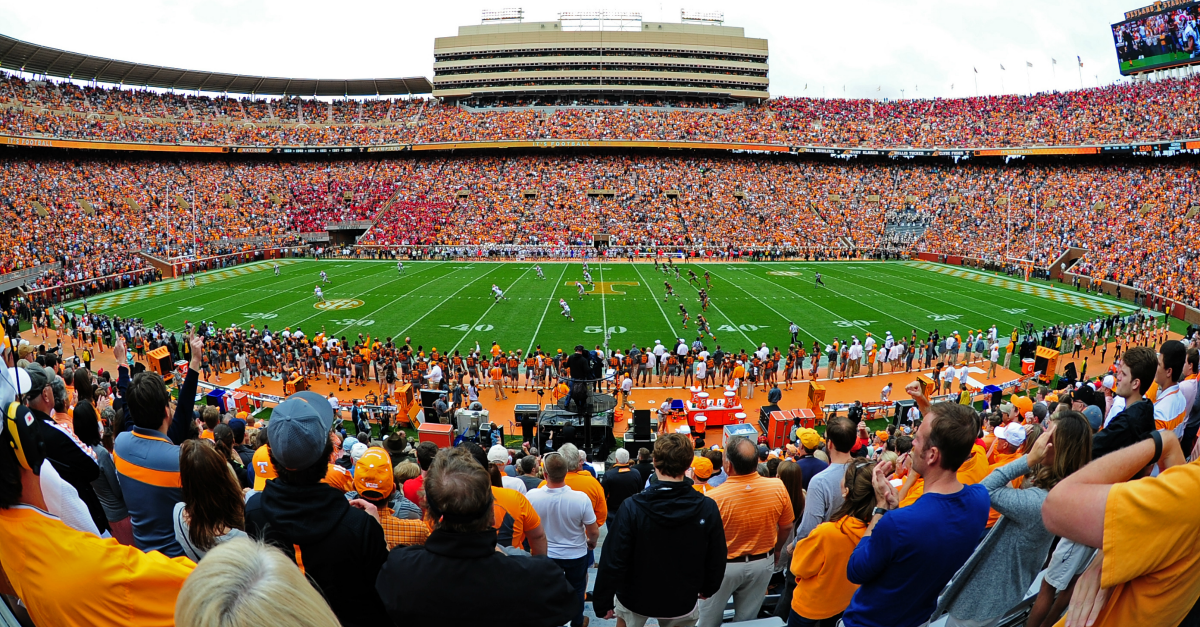 Tennessee could be giving Neyland Stadium a bit of a face lift soon and the concept art is out of this world. According to Grant Ramey of the Knoxville News-Sentinel, the conceptual images of the potential renovations were included in a survey sent to donors, ticket purchasers and other supporters of UT athletics. However, they weren?t released by Tennessee because they?re only conceptual.

Some of the pictures are below:

Among the additions are:

Upgrades to amenities and cell service are also a focal part of the renovations.