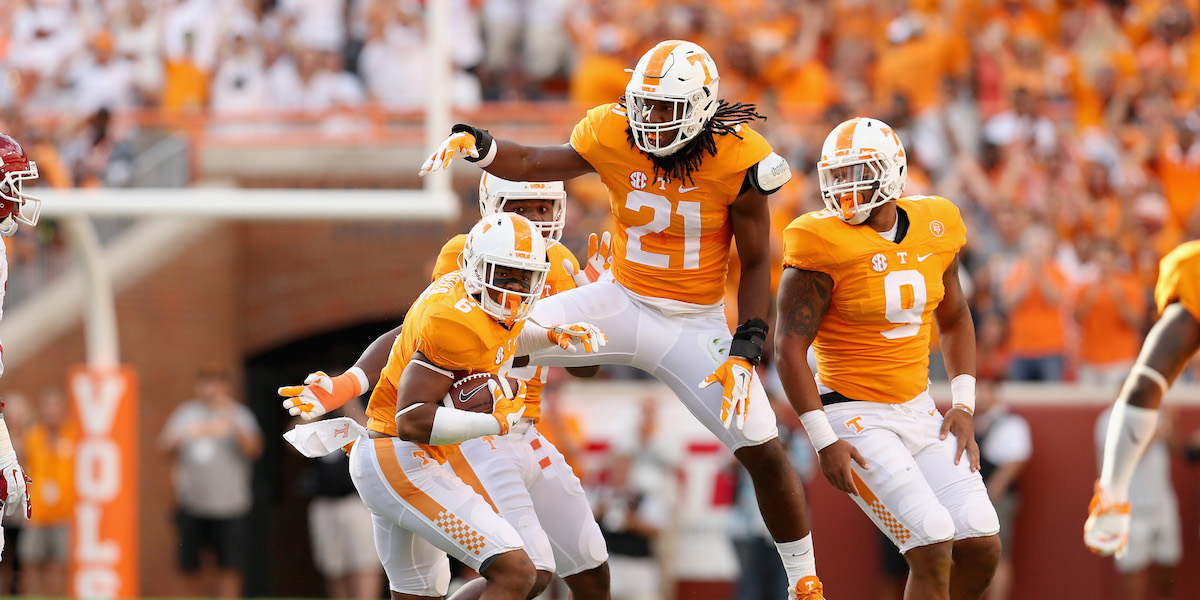 Andy Lyons/Getty Images
KNOXVILLE, TN - SEPTEMBER 12: Todd Kelly Jr celebrates with Jalen Reeves-Maybin #21 of the Tennessee Volunteers after Kelly intercepted a pass against the Oklahoma Sooners during the game at Neyland Stadium on September 12, 2015 in Knoxville, Tennessee. (Photo by Andy Lyons/Getty Images)

Tennessee will reportedly be without one of its most experienced defensive starters during Saturday’s game against Florida and possibly the remainder of the season.

Safety Todd Kelly Jr. has a lingering knee injury that will likely require surgery, as first reported by FOX Sports Knoxville’s Jon Reed through sources with knowledge of the situation.

Todd Kelly will be out tomorrow w/ a lingering knee issue. He's facing a tough decision about whether or not to shut it down & have surgery

Update: Being told there's not really a decision to make. "It's torn" https://t.co/WBIsNX0YTc

VolQuest.com reported that Kelly did not travel with the Vols to Gainesville this week and there is no confirmed timetable for his return. The website also reported that the safety and his family will meet with trainers and doctors to discuss the best course of action for his injury.

Kelly has appeared in 40 games and recorded 153 total career tackles during his collegiate career. The senior has been limited this season, which has led to more playing time for Nigel Warrior and Micah Abernathy at the two starting safety spots in his absence.