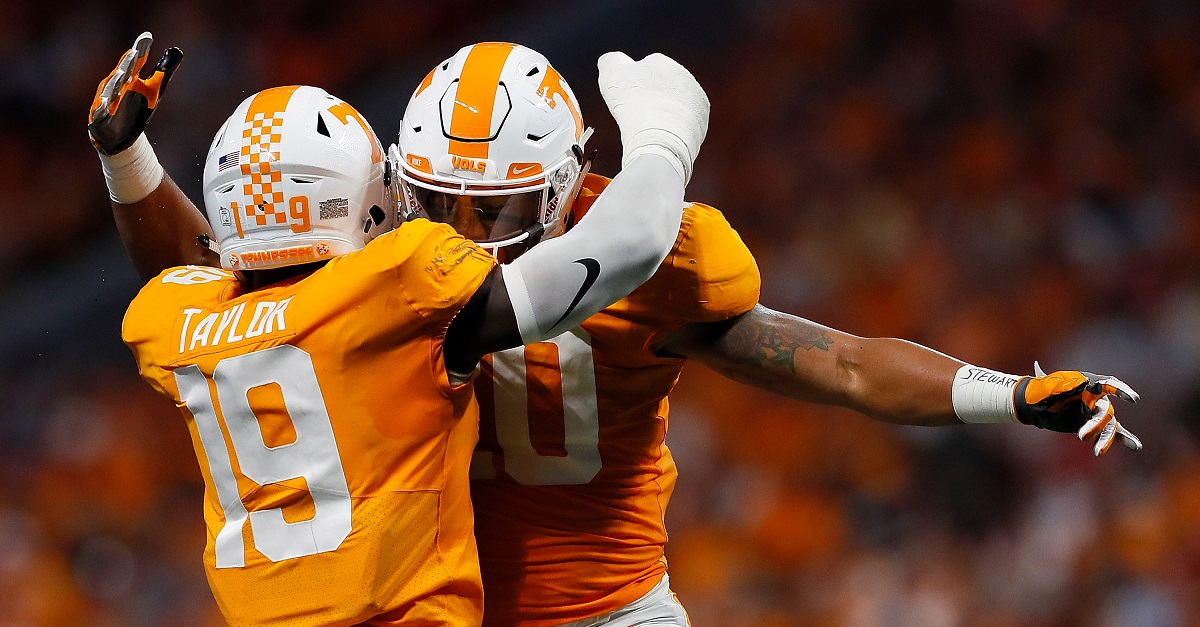 Things seem to be getting worse each day on Rocky Top.

Coming off one of the worst losses in program history and having their head coach seemingly facing an inevitable firing, Tennessee linemen Trey Smith and Darrell Taylor reportedly got into a fight during Thursday’s practice.

The incident was originally reported by Twitter user “Illated94” on Thursday night and later confirmed by WNML’s Jimmy Hyams through sources.

Trey Smith & Darrell Taylor got in a fight at practice today. media guys are afraid to report on it, but i'll tell you

Thanks Jimmy. I had it about 16 hours before you. https://t.co/SEszHrEJO7

According to Hyams’ source, Smith’s helmet reportedly came off while pancaking Taylor during a drill. The two wrestled, which led to Taylor attempting to kick Smith and hit him in the face.

Source: Smith blocked Taylor to the ground and Smith lost his helmet. They wrestled. Taylor then kicked at Smith and hit him in the face.

Taylor reportedly apologized to Smith, who won’t miss any games, according to Hyams. However, Tennessee won’t appeal Taylor’s previous suspension, which stemmed from an ejection for a personal foul during last Saturday’s game against Georgia.

The defensive lineman will miss the first half of next week’s game against South Carolina.

Taylor did apologize to Smith, who won't miss any games. UT is not expected to appeal Taylor missing first half of next game, per source

The news comes one week after head coach Butch Jones denied defensive lineman Shy Tuttle’s orbital bone injury occurred during a fight with a teammate, rather was caused by falling on a helmet.

Again, things don’t seem to be getting any better in Knoxville.