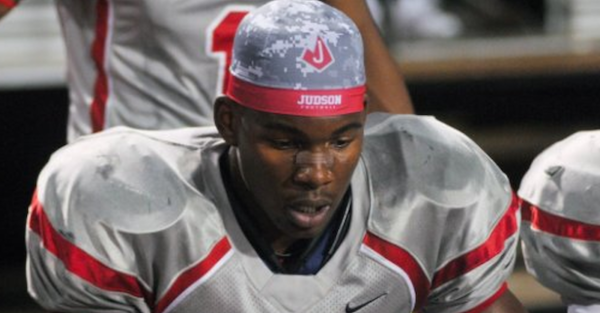 Former Texas A&M signee Alton Robinson committed to play for Kevin Sumlin and the Texas A&M Aggies in 2016, but after being charged with a felony, he was released from his commitment and never ended up at College Station.

Now, after spending last season at Northeastern Oklahoma A&M, a JUCO, Robinson is jumping back into the D-1 ranks at New Mexico State this fall.

Via Saturday Down South:

“Robinson was a TAMU signee in 2016, but was released from his letter of intent after he was charged with felony burglary for allegedly stealing his ex-girlfriend?s cell phone. The charge has been lowered to a misdemeanor, and New Mexico State coach Doug Martin is ready to give the talented pass-rusher a second chance.”

RELATED: Speculation has already begun that Texas A&M could replace Kevin Sumlin with another much maligned head coach

Robinson, a dynamic edge rusher, is getting what is likely his last shot to turn his football career around, and from what it sounds like, may very well be on his way under New Mexico State head coach Doug Martin.

Robinson was a three-star edge rusher in the class of 2016 and received offers from Alabama, Baylor, California, Michigan, Texas and others before ultimately signing with the Aggies.