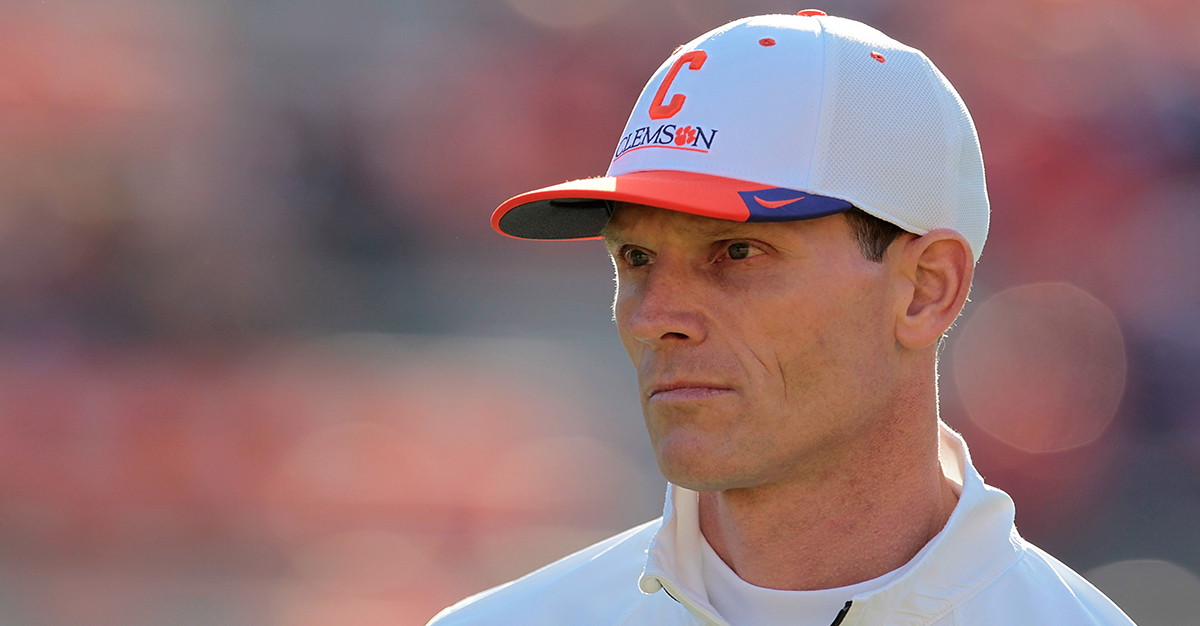 After Clemson’s 35-17 win over South Carolina this afternoon, defensive coordinator Brent Venables shot down rumors that he was connected to the vacant defensive coordinator position at Texas A&M. After DC Mark Snyder was fired yesterday, a number of big names — including Venables — were rumored to be targets of the Aggies. Venables did not mince words in his post game press conference, from TigerNet.com.

“I have a great job here. Are you kidding me? No, I love where we?re at, and I?ve only been a couple of places,” Venables told TigerNet. “I am a loyal guy, and if you want to talk about somebody that is the epitome of All In, I have always been that way. I am not wired like that. Wherever that came from, that is news to me. I am just getting ready to take my wife out to dinner tonight ? I am way overdue.”

I asked Venables if that meant – barring a head coaching opportunity – that he would be at Clemson next season and he said yes.

“Yeah, I am a ?be here now? kind of guy,” he said. “I am going to hug my wife and be with these players and my wife and some of these recruits and that?s it. That?s the kind of guy I am.”

It wouldn’t be the first time a coach has denied rumors and then later taken a job, but Venables is pretty vehement in insisting he’s not leaving Clemson for another coordinator gig. The Aggies still could try throwing money at Will Muschamp — the biggest name on the DC market — who will be without a job following the Gators’ game against Florida State today.