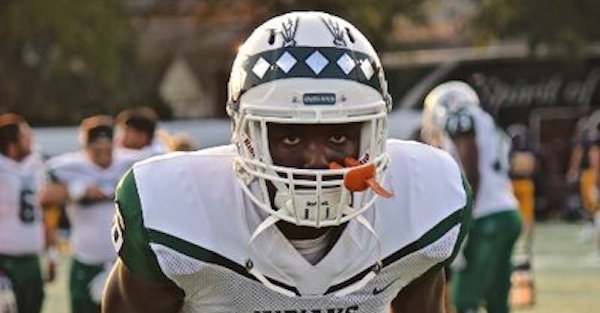 Four-star safety Demani Richardson committed to Texas A&M during his junior day visit to College Station on Saturday, as initially reported by 247Sports.

Richardson confirmed the report by sharing his announcement on Twitter shortly after, as well as retweeting several posts regarding his pledge to A&M.

First, I wanna thank GOD for EVERYTHING, my coaches, family, and friends. Also all of the coaches that gave me an opportunity to play at their school but I feel like this school is the Best decision for my Future. With that being said I will be committing to the University of…. pic.twitter.com/UVdG54I54C

The 6-foot-2, 205-pound defensive back made his second trip to College Station in the span of a month on Saturday.

The Waxahachie native ranks as the No. 6 safety, No. 19 player from the state of Texas and the No. 140 overall prospect for the 2019 national recruiting cycle, according to the 247Sports Composite.

Richardson recorded three interceptions, as well as 516 rushing yards, 286 receiving yards on 12 catches and 11 offensive touchdowns, according to 247Sports.