Four-star linebacker spurns Texas, Houston to go to this school 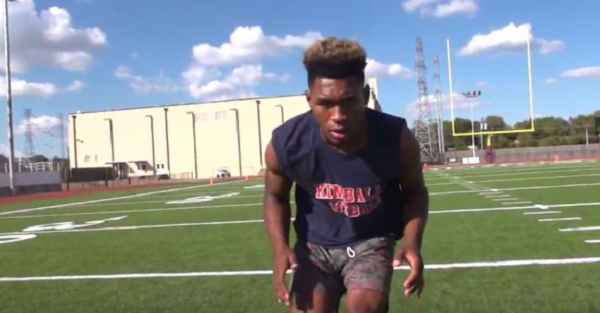 Four-star outside linebacker Devodrick Johnson had 20 offers to go to school, but decided to stay in his home state of Texas. He could have gone to Texas or surging Houston, but his top five were: Oklahoma State, Illinois, Mississippi State, California and Texas A&M.

RELATED: Devodrick Johnson decommits from this SEC school after visit to rival school

Johnson was originally committed to Texas A&M and then decommitted in the summer. However, he’s made his decision once again and it’s one Aggies fans are familiar with at this point.

He’s rated as the No. 21 outside linebacker in the country according to 247Sports. The 6’1″, 210-pounder is also a dual-threat quarterback for his high school team in Dallas (Kimball HS).