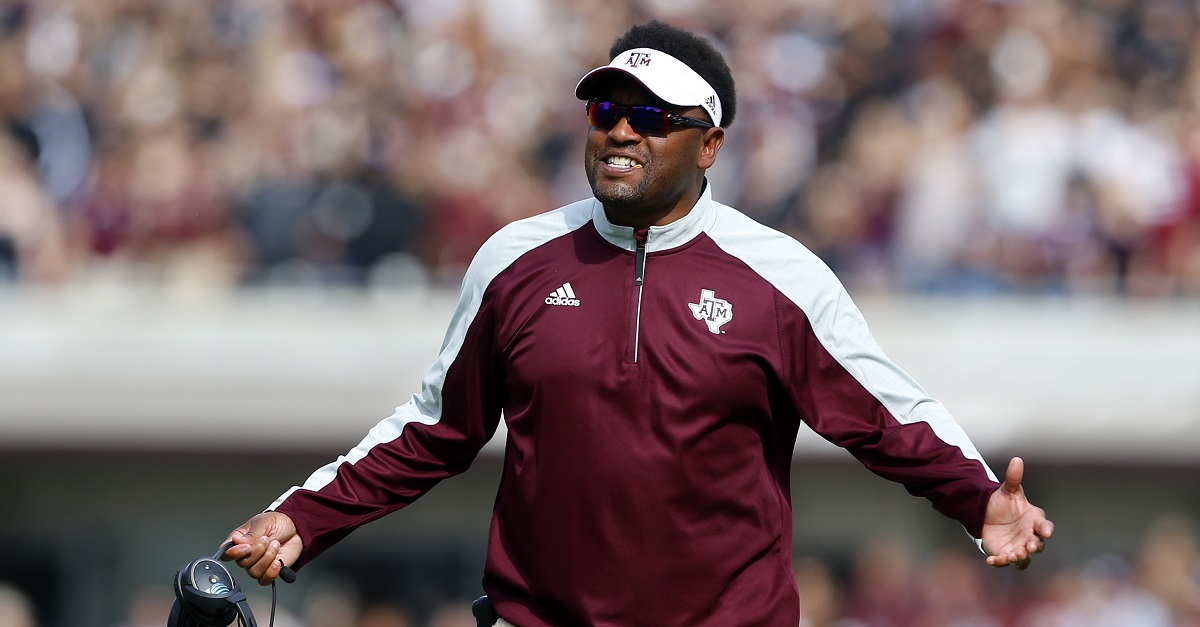 Current Arizona and former Teas A&M head coach Kevin Sumlin took more than his fair share of heat over his six-year tenure in College Station. He spoke with The Athletic’s Chantel Jennings about his time there and got a bit defensive about how it all ended up finishing out.

?Everybody is going to have their own expectations of what we can do. My job is to win every game and be competitive in every game and let the chips fall where they may. If we?re good enough, we?re good enough. Try to get better every year, that was a question people asked me at the end at A&M. We never had a losing season in probably the most difficult division in college football in the country. If you?ve improved the program from where you got it to where it is whenever you walk away from it, then you?ve been successful.?

He also talked about the turnover the league is experiencing right now and even mentioned the freshmen quarterback situations of Alabama and Georgia.

?Did you see the league I just left?? Sumlin said, referring to the SEC. ?There was a lot of turnover in quarterbacks and a lot of turnovers coaches there, too, the last two years. I?m pretty used to this. I think that?s where college football is right now. Turnover in the SEC, I don?t know, of the 14 teams, six coaches in two years. It?s no different than this league. And quarterback-wise too ? Alabama, Georgia, they?re all freshmen. It?s nothing unique to the Pac-12.?

He was notably fired after leading the team to a 7-5 record this past season and he was never able to get close to his first season record of 11-2 in 2012. Of course, that season had Johnny Manziel leading the team to some improbable victories and a 6-2 record in the conference. However, the Aggies never won more than nine games after that, but Sumlin does make a good point that his teams never had a losing record.

Sumlin finished his tenure at Texas A&M with a 51-26 record and a 3-2 record in bowl games. He certainly left the program in better shape than when he found it though as the team last had an 11-win season in 1998 as a member of the Big 12. The team also had four losing seasons from 1999 to when Suumlin took over.