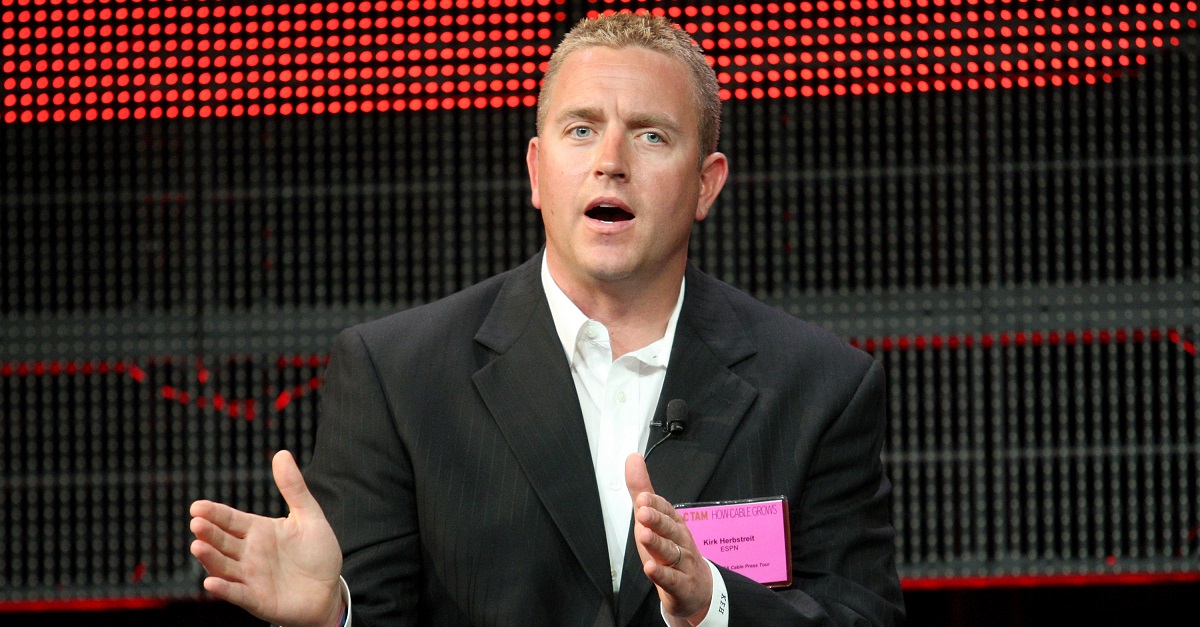 When the new CFP rankings came out last night, there was a noticeable tumble for Texas A&M after its embarrassing loss to Mississippi State. What’s worse is that quarterback Trevor Knight is out for the rest of the season with a shoulder injury.

The season-ending injury has ESPN’s Kirk Herbstreit throwing haymakers at the Aggies’ season and their chances of being relevant again this season:

ESPN’s Kirk Herbstreit on No. 8 Texas A&M: They’re going to be gone relatively soon, now that Trevor Knight is out.

More from ESPN’s Kirk Herbstreit: This is a whole different (A&M) team moving forward. We will not be talking about Texas A&M in a week.

The Aggies, still have games against Ole Miss — who is also missing a quarterback — Texas-San Antonio and LSU to end the season.