Myles Garrett gets tackled by Auburn LT; not called holding 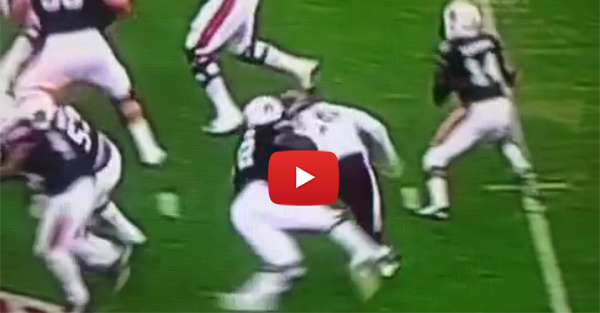 Myles Garrett has been causing problems for left tackles all season long, setting the freshman sack record with 11 sacks already this season. Garrett’s looked great this afternoon in Auburn and Auburn’s left tackle has resorted to  grabbing him and sometimes flat out tackling him.

On a third and long, that Auburn converted on, Garrett gets straight up dragged down before getting to QB Nick Marshall.

There was not a flag thrown on the play.

I know, I know “there’s holding on every play that goes uncalled,” but this is just ridiculous. The Aggies still lead Auburn 28-17 late in the second quarter.