Trevor Knight has found his landing spot in the SEC 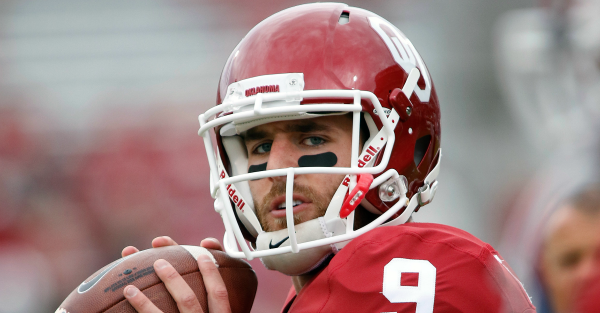 Oklahoma graduate transfer quarterback Trevor Knight has reportedly decided on the school he’s transferring to for the 2016 season. It was thought initially that Texas A&M had a clear shot at him and then LSU and Auburn entered the fold as well. It seems the gut feeling was the right one according to a person with knowledge of his plans. The person spoke on the condition of anonymity because the decision has not been made public.

The Aggies desperately need help as Kyler Murray actually transferred to Oklahoma and Kyle Allen is also transferring out of the program. Knight will be eligible immediately thanks to his graduate transfer status and actually has some experience playing against the SEC as he was the starter of the OU team that beat Alabama in the 2013 Sugar Bowl. He should fit into the Aggies’ scheme as he is a dual-threat QB, which they’ve liked to use the past few seasons.