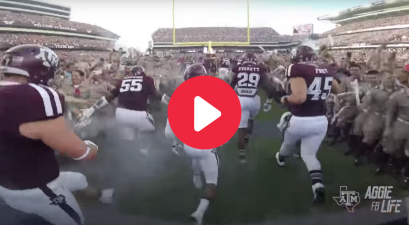 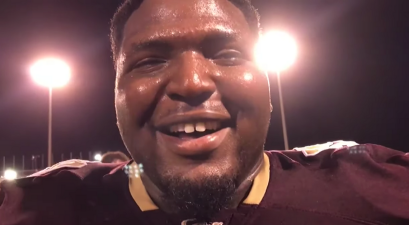 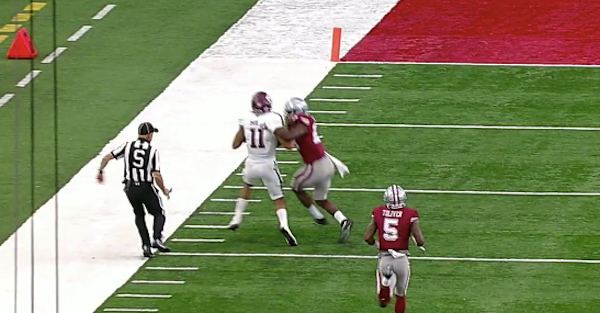 Texas A&M could really some momentum in the early portion of the 2017 season. Kevin Sumlin is on the proverbial “hot seat” right now and college football fans absolutely have not forgotten about the Aggies’ utter implosion in the early-season loss to the UCLA Bruins.

On Saturday, Sumlin’s team has the opportunity to earn back some goodwill with a neutral-site battle against Arkansas at AT&T Stadium in Arlington but the officials aren’t exactly playing along. Well, at least in one instance.

With the Aggies trailing 21-7 in the second quarter, Texas A&M quarterback Kellen Mond scampered for what appeared to be a (very) long touchdown run to swing momentum. Then, officials intervened.

As noted in the video, Mond’s TD run was blown dead because the official thought he stepped out of bounds but, well, he did not. The whistle was the end of the play, though, as not even the replay official on duty could overturn the play while following the NCAA rulebook. From there, the Aggies failed to capitalize while settling for a field goal just three plays later.

This singular call does not prevent Texas A&M from winning what could be a pivotal conference game but it certainly doesn’t help.