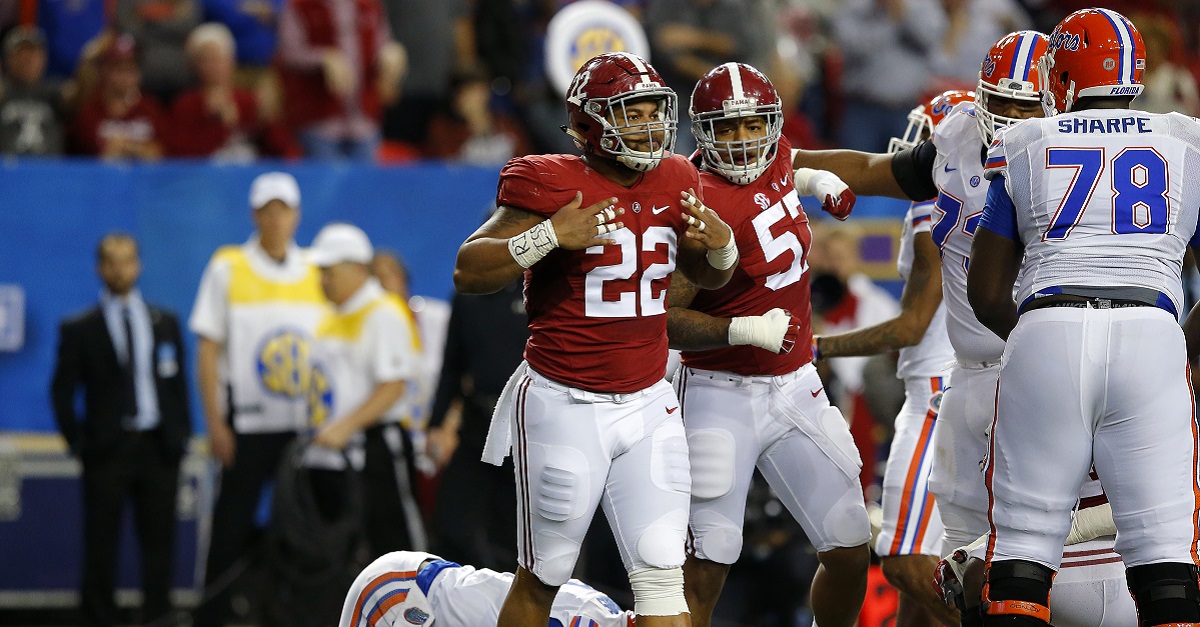 Kevin C. Cox/Getty Images
ATLANTA, GA - DECEMBER 5: Linebacker Ryan Anderson #22 of the Alabama Crimson Tide and defensive lineman D.J. Pettway #57 of the Alabama Crimson Tide react to a play against the Florida Gators in the second quarter during the SEC Championship at the Georgia Dome on December 5, 2015 in Atlanta, Georgia. (Photo by Kevin C. Cox/Getty Images)

You probably read that headline and immediately thought it would be Alabama leading the SEC in most defensive categories this early in the season. Alabama did have great outings against Western Kentucky and USC to start the season that were dominant performances, but they weren’t as good defensively in those games as Florida was against UMass and Kentucky,

The Gators know it and they want to make sure you know that too. They put together this little highlight reel of the defense and gave us some stats.

The Gators also lead the conference in third down conversions allowed at only 21.74 percent — Alabama is at 29.41 percent — and they only allow 10.5 first downs a game, also a conference best. The Gators should help themselves again this week against North Texas to make those numbers look even more gaudy, but their first true test should come the next week against Tennessee in Knoxville.