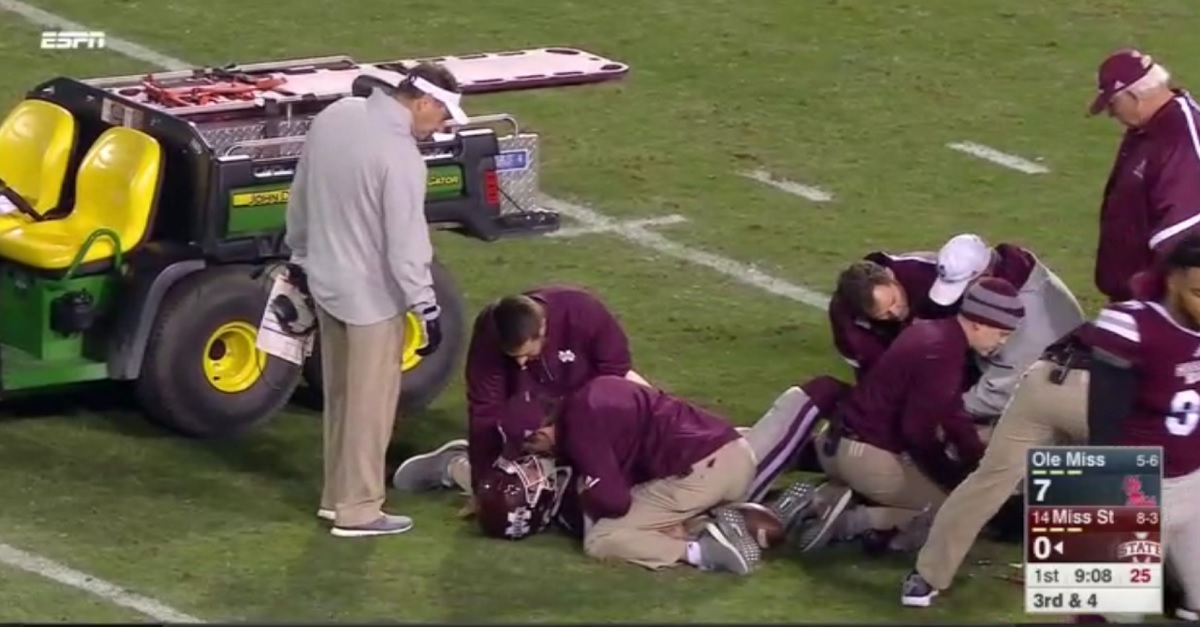 If you are the squeamish type… you might want to avoid this one.

**WARNING** (Don't view if you just ate)
MSU QB Nick Fitzgerald injured.. Cart is out and it's not good
Prayers up 🙏🏽 #EggBowl pic.twitter.com/ztNiVBMeOg

You never want to see injuries, but that often goes double in a big rivalry game such as this one. Fitzgerald seemed content while he was being carted off the field, but the raucous atmosphere that was in Davis-Wade Stadium before the injury clearly vanished after Fitzgerald was taken to the locker room.

We wish the quarterback the best in his recovery.