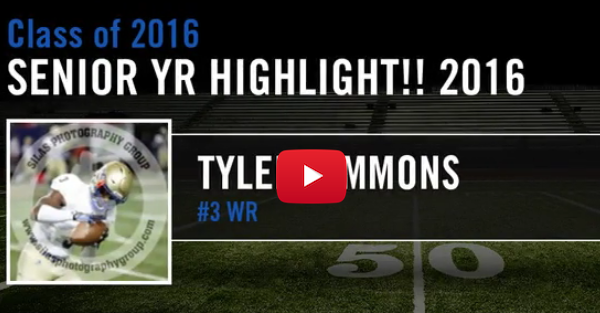 Alabama has been strong on the recruiting trail as of late and got another big commitment from four-star wide receiver Tyler Simmons. He is from Douglasville, Georgia so he right in the heart of Bulldog country and was crystal-balled at 88 percent to go to UGA. However, he felt pretty good about Nick Saban and his staff so he committed to the Crimson Tide.

Scout is the only recruiting naming him a four-star recruit, but he’s had a lot of big schools coming after him so this is definitely a big deal for Alabama.