A key Big 10 player is in trouble following an arrest 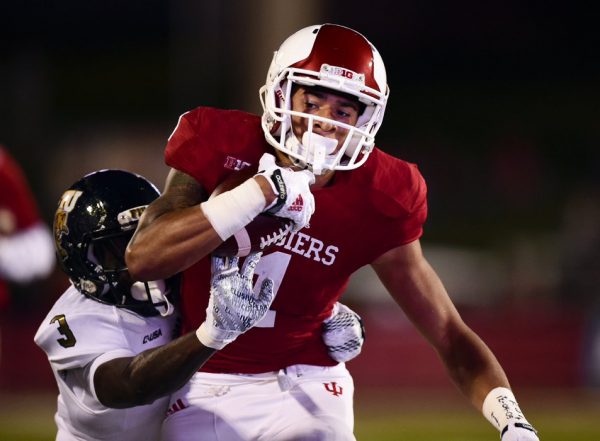 Simmie Cobbs, a wide receiver at Indiana who was expected to play a big role with the team this season, was arrested Saturday night.

Cobbs, according to the report, was at the Klipsch Music Center outside of Indianapolis when security alleged he did not comply with “security personnel attempting to clear aisles during the concert.”

The Indianapolis Star said Cobbs refused to take a breathalyzer test or provide identification, and was subsequently arrested.

In a statement to the Star, Indiana University said: “Indiana University Athletics and the IU football program are aware of the arrest of redshirt junior Simmie Cobbs Jr. We will continue to gather facts, monitor the legal process and take action as the evolving situation warrants.”