Less than a year after being fired as a head coach, Sonny Dykes is reportedly a leading candidate for another job 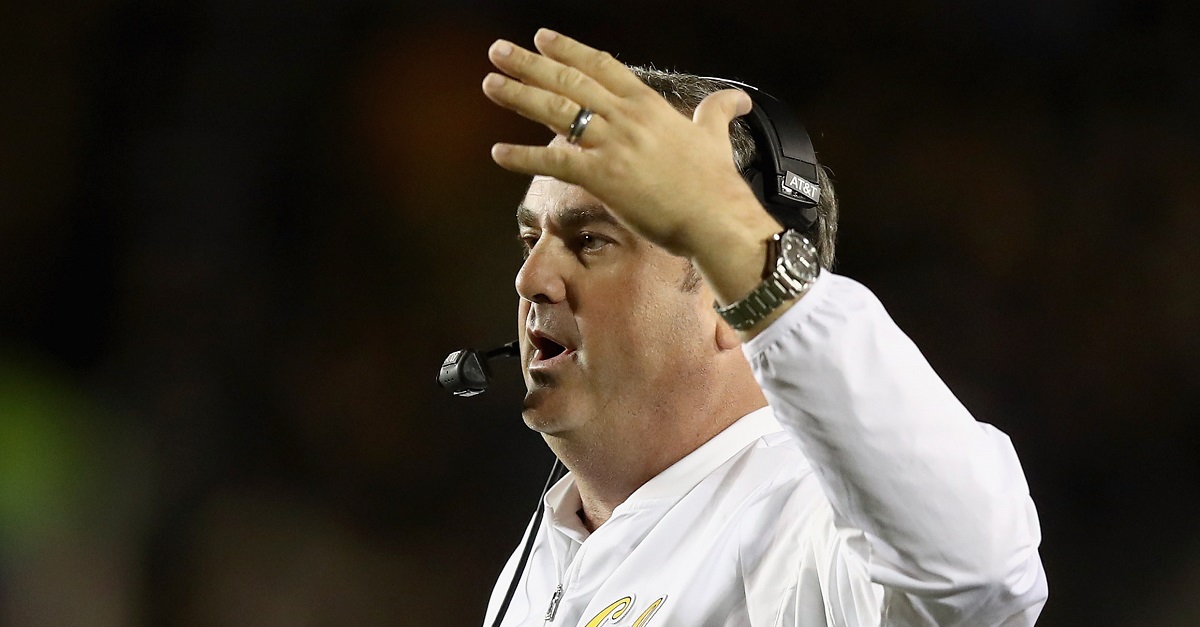 Sonny Dykes lost his job as the head coach at Cal less than 12 months ago and, since then, he has operated as an offensive analyst under Gary Patterson with the TCU Horned Frogs. While that job did not exactly seem like a long-term fit for a man with extensive head coaching experience, it certainly seemed to be a nice bridge until Dykes got back into the game with another head coaching position.

In fact, Adam Rittenberg of ESPN is now reporting that Dykes’ return to prominence could come sooner than some expected, as he is now “the leading candidate” to replace Chad Morris at SMU. It should be noted that Morris leaves the cupboard rather full by SMU standards after vacating to take the job at Arkansas and the ESPN report indicates that Dykes “could be hired as early as Monday” in his new role.

Cal’s decision to part ways with Dykes has worked out well to this point, with new head coach Justin Wilcox leading the team to a bit of fight on the way to a 5-7 record. Still, Dykes brings with him a respectable 41-45 mark across seven seasons at the sport’s highest level and, from an offensive standpoint, he would be a rather natural successor to Morris with the Mustangs.

It remains to be seen as to whether this marriage will come together but, at the moment, it seems like Sonny Dykes is back.