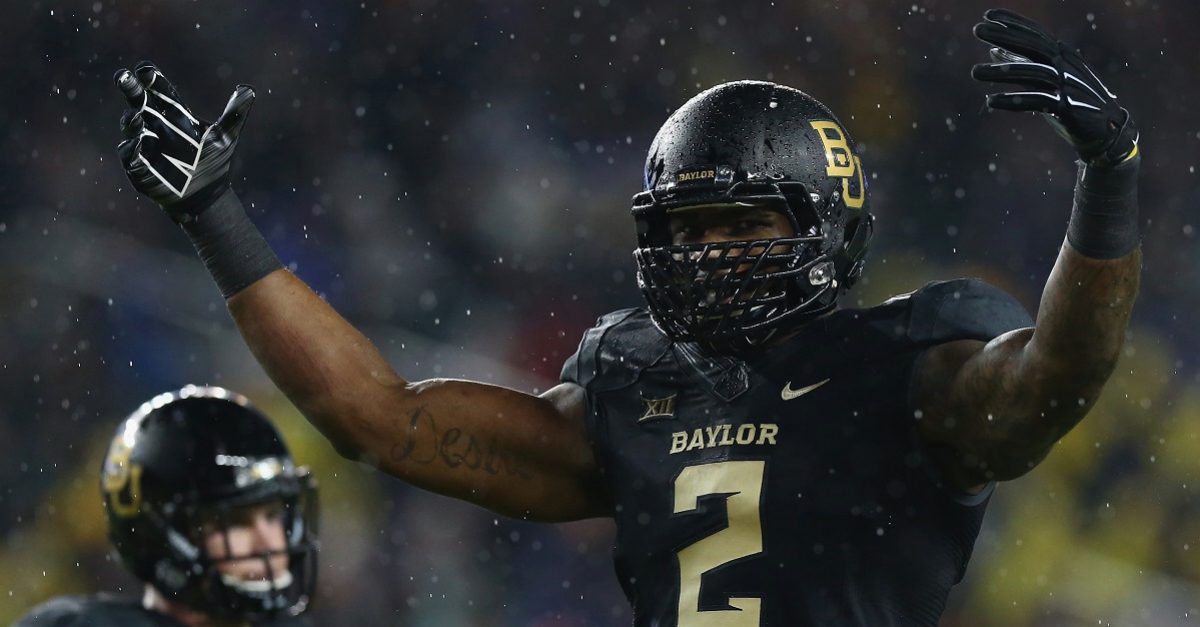 WACO, TX - NOVEMBER 22: Shawn Oakman #2 of the Baylor Bears during play against the Oklahoma State Cowboys at McLane Stadium on November 22, 2014 in Waco, Texas. (Photo by Ronald Martinez/Getty Images)

Former Baylor defensive end Shawn Oakman has been indicted on sexual assault charges and faces up to 20 years on second-degree rape, per ESPN.

The NFL Draft prospect allegedly ?forcibly removed? the woman?s clothes, ?forced? her onto the bed and sexually assaulted her, according to the affidavit, per Wacotrib.com.

Victim alleged to Baylor police that Shawn Oakman that he 'forcibly removed' her clothing and 'proceeded to sexually assault her.'

According to police, victim was treated for injuries and sexual assault investigation was conducted at Providence Medical Center

According to police report, Shawn Oakman spoke briefly with police and 'he admitted to only having consensual sex with Victim.'

Oakman could have gone anywhere between the 3-5 round in the NFL Draft before these allegations arose. He went undrafted.

Oakman maintains he had consensual sex with the woman, per the report.