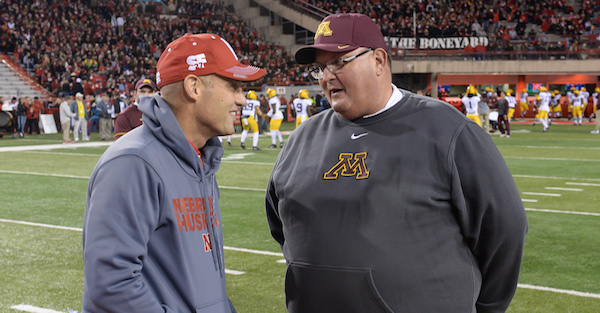 After threats of boycotting the Holiday Bowl over the suspension of teammates, Minnesota will play after all:

According to the Star Tribune, University of Minnesota players had threatened to boycott the Holiday Bowl if their 10 teammates (suspended over an alleged sexual assault investigation) were not reinstated.

The report details the players united over a disagreement on the school’s decision, and they planned to boycott all practices, team activities and even the bowl game itself.

Five of the 10 players are facing expulsion, while four others face a one-year suspension and the final possibly faces probation.

Four of the players have already served a suspension this season for an unspecified violation of team rules. Those four players were Buford, Hardin, and both Johnsons.

TwinCities.com reports that the suspension stems from a September sexual assault allegation. The four previously mentioned players were suspended three games for an investigation that took place for those allegations for which charges were never pressed.

Here’s what the player’s attorney told the Star Tribune:

The school’s discipline comes after a criminal investigation resulted in no reported arrests or charges.

Minnesota is slated to face off against Washington State on December 27. NIU was picked as a possible representative if Minnesota bailed.