Texas is reportedly set to meet with two coaches on Saturday 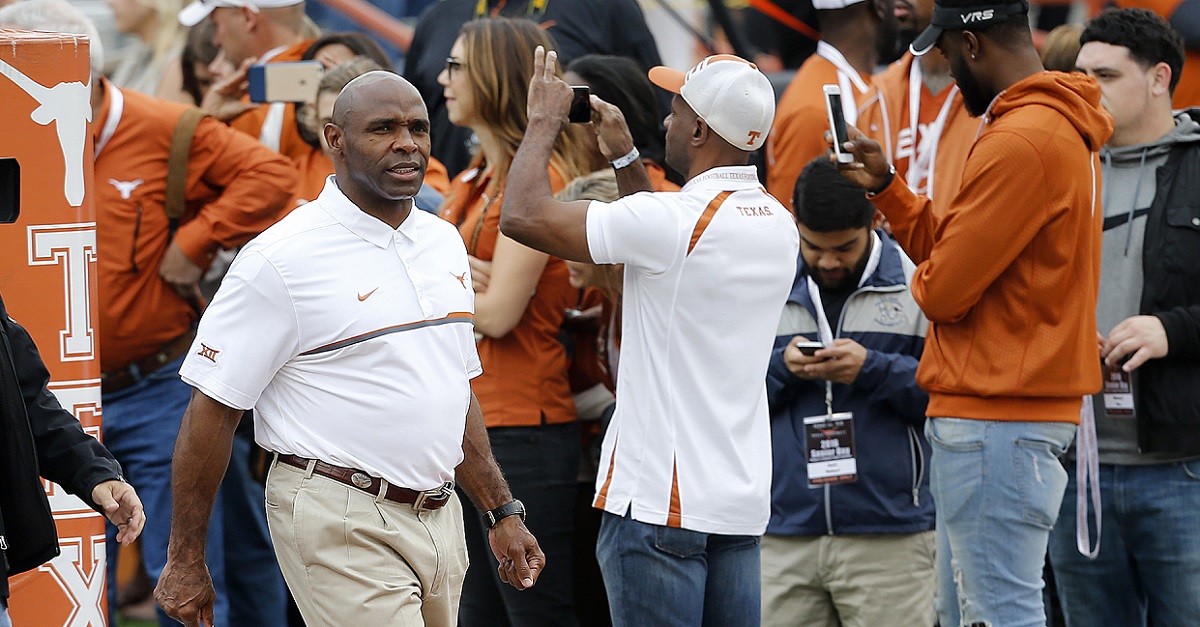 It looks like Texas is looking to move quickly.

According to Charlie Strong via his post-game presser, the Longhorns are already set to meet with him on Saturday in what will likely be Strong’s official dismissal from the program.

Related: If Texas misses on Tom Herman, an NFL coaching legend is reportedly in the running for the Longhorns job

Strong had a chance to save his job on Friday, but Texas’s seventh loss of the season likely sealed his fate. Texas is now 16-21 with Strong as its head coach.

After that meeting, the Longhorns may not take long to make an offer to another head coach, as Texas may be meeting with Houston head coach Tom Herman later in the day.

Horns247 is reporting that #HookEm is hoping to interview Houston coach Tom Herman tomorrow. Charlie Strong expected to resign or be fired.

Herman is the top candidate for both the Texas and LSU openings, and it looks like tomorrow could be decision day for the young head coach. If he does go to Texas, LSU will likely move on and hire interim head coach Ed Orgeron to the full time job.