Say it isn’t so: The University of Texas’ mascot, Bevo XIV, passes away 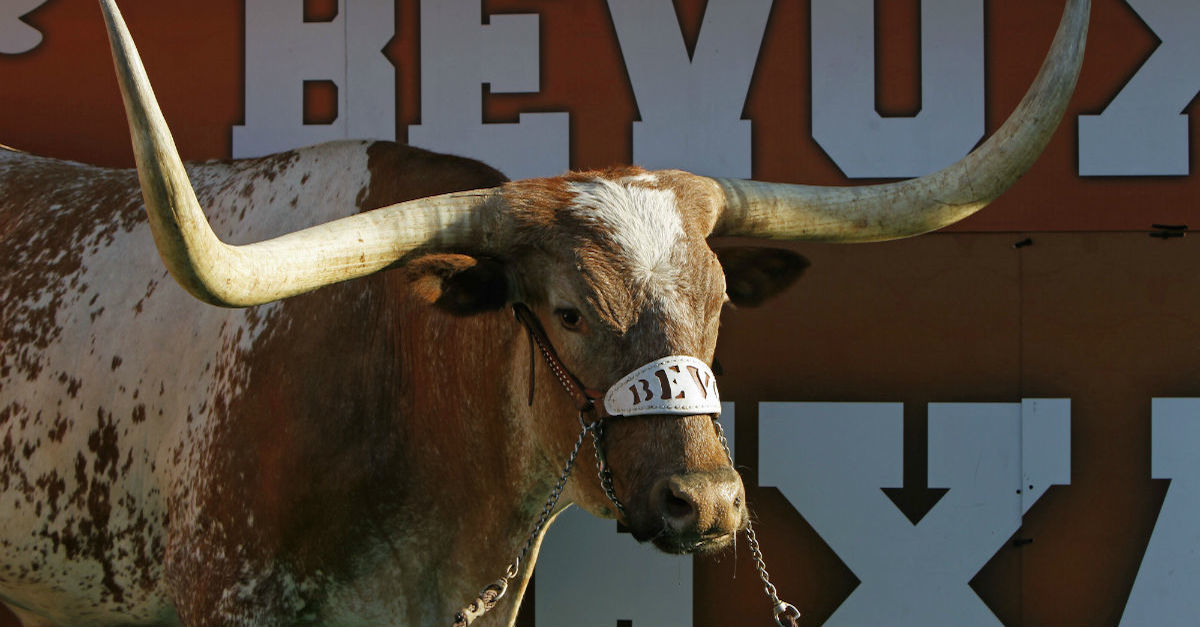 This week in college football seems to be never-ending. The University of Texas confirmed on Friday afternoon that its mascot, BEVO XIV, passed away peacefully in his sleep on Friday. BEVO XIV retired earlier this week after he was diagnosed with with Bovine Leukemia Virus.

Bevo stood on the sidelines of Texas Longhorns football games since 2004, and witnessed back-to-back Rose Bowl victories, including the Longhorns’ 2006 National Championship win. UT’s athletic department released a statement regarding what a cherished figure he was for Texas Longhorn fans.

“BEVO XIV was so much more than a traditional mascot—he was so big and strong, but he had such a sweet personality and a gentle soul,” said Ricky Brennes, Executive Director of the Silver Spurs and BEVO XIV’s regular traveling partner. “He loved the attention that came with being BEVO but was very cool, calm and smart. Like a dog he would come when called by name, show up to the house looking for treats and even roll over on his side so Mrs. Baker could rub his belly. He did so much for his university and community. His last few days provided great memories, but we miss him already.”

Texas adds that the search for BEVO XIV’s replacement will begin immediately.