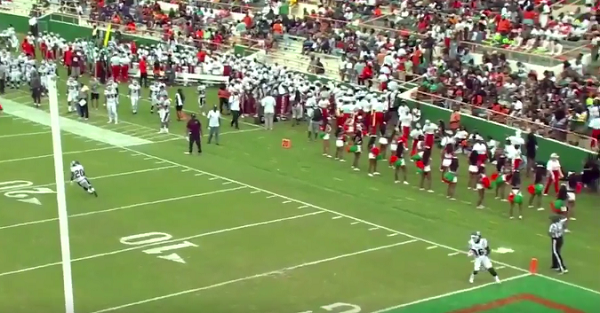 Texas Southern and Florida A&M didn’t exactly play what would be described as an exciting game with a 29-7 score in favor of the Rattlers. However, that doesn’t mean there weren’t some good and funny moments as one TSU player gave us. With his team already down 20-0, kick returner Terrio Brown gave his opponents two free points with a safety.

Oh no. Texas Southern player picked up the ball and ran into his own end zone for a safety. pic.twitter.com/6lXNbAy57a

It was unfortunate as this is kind of a judgment call by the ref as he can say that Brown’s momentum took him into the end zone and rule it a touchback. However, the ref was not feeling generous despite the score and said that his couple of steps he took was not considered momentum as evidenced by the brutal safety call.