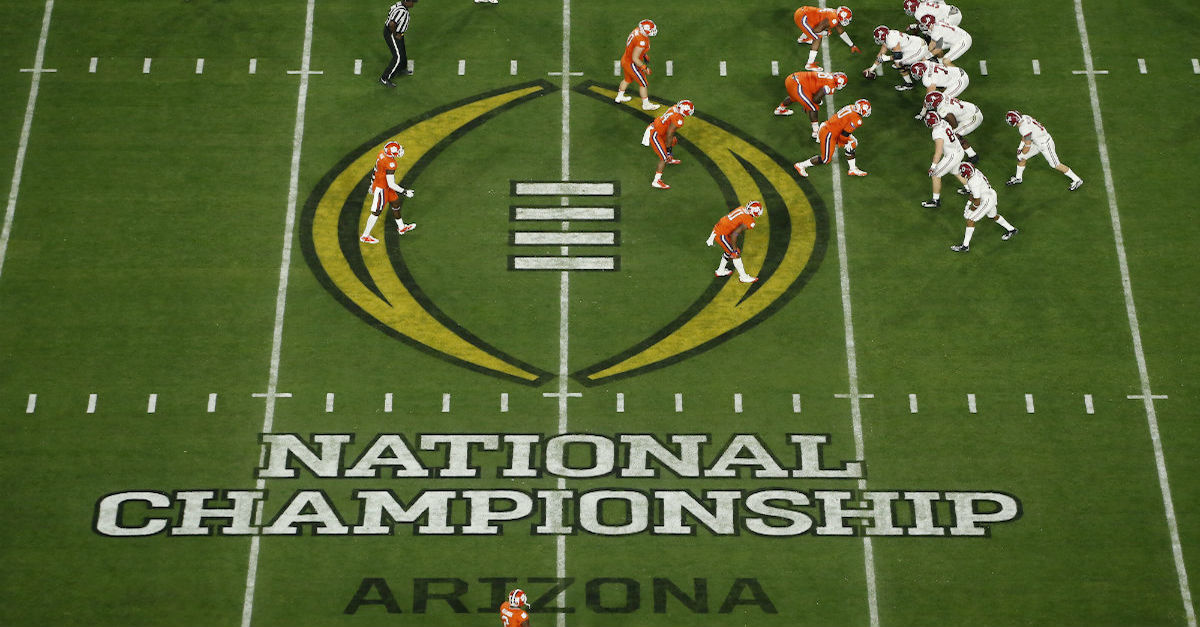 The College Football Playoff selection committee has found a new chairman, and they hail from the Big 12 conference. On Thursday, the CFP officially named Texas Tech athletic director Kirby Hocutt as the new chairman of the selection committee. Arkansas AD Jeff Long, who served the position for the first two years of the committee’s existence, stepped down from the position on Tuesday.

“College Football continues to have a significant impact in my life and I am humbled and honored by this appointment,” Hocutt said via an official release from Texas Tech. “Serving on the committee this past season was a tremendous experience. The thoughtful consideration, professionalism and integrity exhibited by the members of this committee speak to the level of success the College Football has shown in its brief history.”

Hocutt is currently in his fifth year as Texas Tech’s athletics director. He has a combined 24 years of intercollegiate athletic leadership experience, including 12 combined years as an athletic director at Texas Tech (2011-current), Miami, Fla. (2008-11) and Ohio (2005-08). Hocutt has also held athletic leadership positions within athletic departments at Oklahoma (1998-2005) and Kansas State (1996-97). He has also served on a variety of NCAA Division I football, leadership, recruiting and bowl committees.

The CFP Selection Committee is responsible for selecting the top four teams in the playoff and assigning them to national semifinal games as well as placing the next group of teams in the remaining New Year’s bowls. The committee meets in person each week beginning at the midway point of the football season and produces a weekly ranking of the top-25 teams leading up to the final selections.