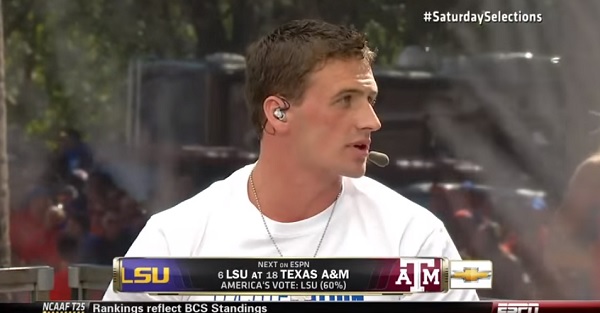 Ryan Lochte is having a bad time.

The swimmer and gold medalist is facing allegations of lying in Brazil after he had claimed that he and his team were robbed at gunpoint. The situation has brought a lot of bad press to Lochte, and it is only getting worse as people also throw his past gaffes into the fray.

One of those gaffes? An infamous moment from College GameDay in 2012, where the Florida alumnus picked Auburn to win a game… between LSU and Texas A&M.

Apparently Lochte was looking at the wrong game on the sheet he had prepared, so the GameDay guys corrected him. Lochte later picked LSU, which turned out to be correct as LSU beat Johnny Manziel and the Aggies by a 24-19 score.

Sometimes tells us that Lochte won’t be back on the program as a guest picker this year, but this definitely isn’t the reason why.