There is a new No. 1 recruit in the nation just ahead of National Signing Day 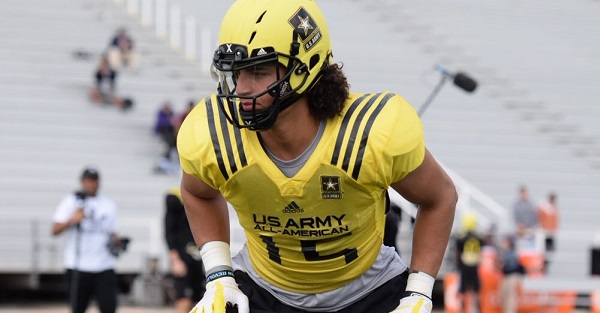 Alabama commit Najee Harris has been dethroned from his position as the No. 1 recruit in the 247Sports Composite rankings.

After updating their player rankings, UCLA commit and defensive end Jaelan Phillips is now the No. 1 overall recruit in the composite rankings. Those rankings are a compilation of multiple recruiting rankings from several services, so it is generally considered one of the top rankings in recruiting.

Phillips has been committed to UCLA since April, and he has the prototype size for a dominant pass rusher with a 6-foot-6, 253-pound frame with a 4.6 40-time on record. He will definitely have a chance to shake things up for UCLA’s defense, which could use a superstar on the defensive line.

Meanwhile, Harris falls to No. 3 overall in the rankings behind Florida State commit and fellow running back Cam Akers. Of course, the fall for Harris isn’t that big of a deal; he’s still a five-star recruit that is expected to make a big splash in his collegiate career.