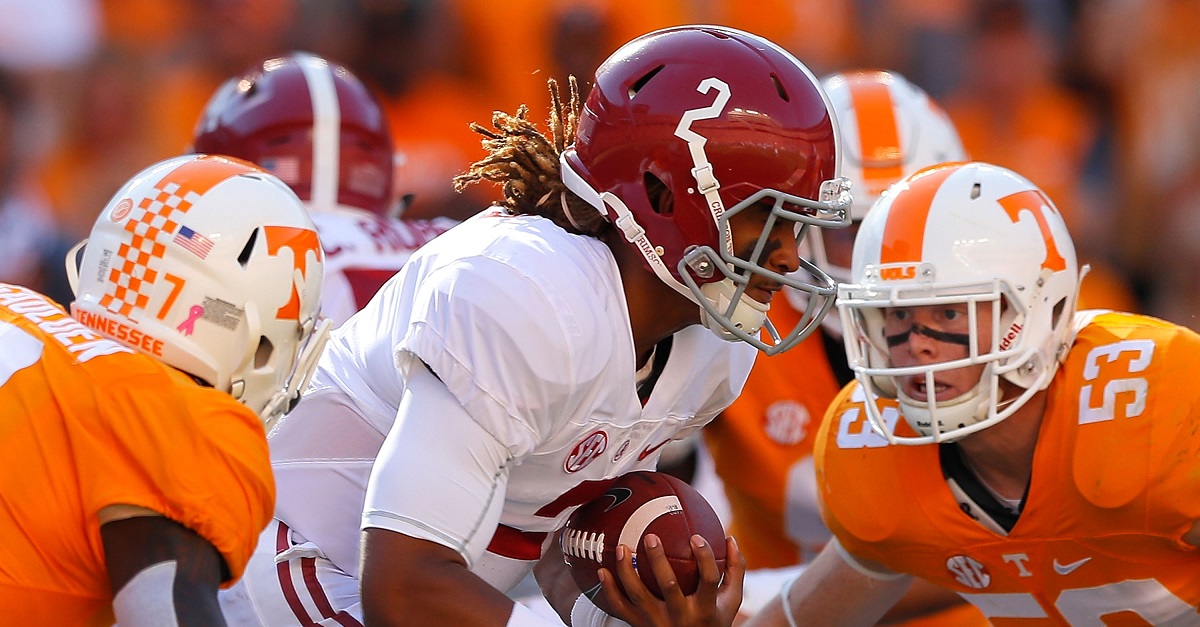 Now that the ACC has released its conference schedules for each school we have a clearer picture of how each weekend in the 2017 season looks. ESPN producer Chris Fallica did some research on his own and he’s found the best weekend in college football for the upcoming season.

USC and Notre Dame is a classic rivalry that’s been played every year since 1926 and always turns out to be a good game regardless of how each team is playing that season. Michigan-Penn State is a great Big Ten matchup that could have playoff implications once again as the Nittany Lions’ win over Ohio State essentially pushed the Wolverines out of the playoff this past season.

Tennessee at Alabama is always one of the most heated rivalries even if it has been one-sided recently with the Crimson Tide winning the last 10 straight. Tennessee has been recruiting much better in recent years though and should have come close this past season if it hadn’t been for some untimely injuries to key starters on both sides of the ball.

RELATED: Florida State has its conference schedule and it’s not a cake walk

The Louisville-Florida State should be fun as reigning Heisman winner Lamar Jackson will surely give FSU’s defense fits, but FSU’s Deondre Francois is a bit of a darkhorse Heisman contender this year and will be asked to do a little more since star running back Dalvin Cook is NFL-bound. The Cardinals won the game in 2016 with a 63-20 score so the Seminoles will definitely be looking to avenge that embarrassing loss.