These College GameDay signs go way too far in Philly 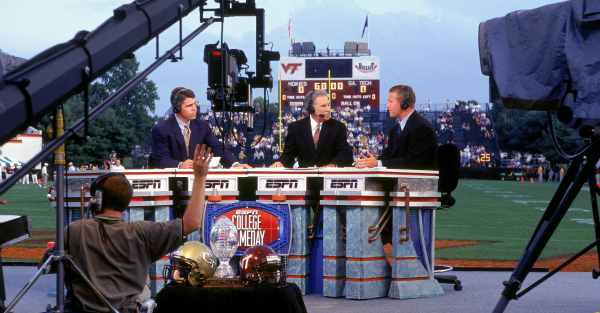 There were some clever and funny GameDay signs in Philadelphia for the Temple-Notre Dame. However, there were a couple that had no business being made and brought out to the festivities. There was one that took an unnecessary shot at big brother Penn State:

There’s just no room for this at a sporting event, especially one where Penn State isn’t even playing. Another threw some ether on Temple alum Bill Cosby’s rape allegations

There is just no room for this at football games. Leave gossip, real world news, and terrible signs at home.