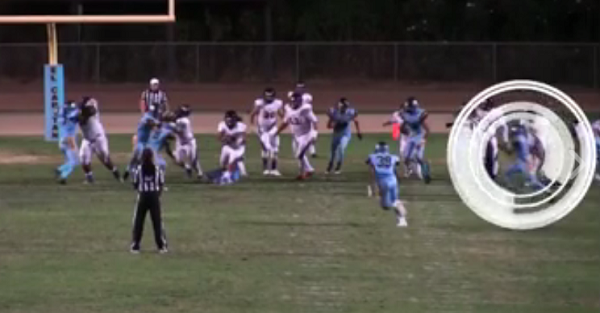 5-foot-4 corner unleashes on running back 😬

Posted by MaxPreps on Saturday, September 17, 2016

It’s not all too common to see some of the smaller guys at schools to try out for the football team, much less make it. Well, when you have the heart of a lion like this 5’4″ cornerback does then you not only get to play, but make awesome plays too.

The Mighty Mouse impersonator took on a much bigger running back who was barreling through everyone else and he absolutely leveled the runner. He didn’t just make a stop, but he absolutely destroyed this guy and gave him the stare down at the end!