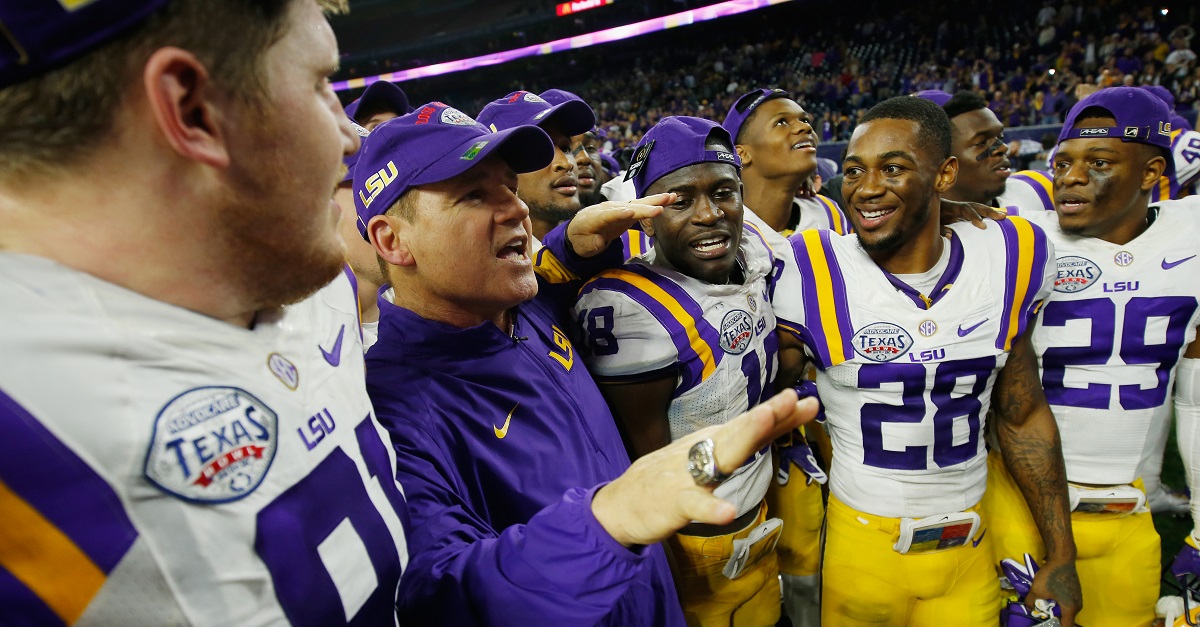 If LSU head coach Les Miles does get fired, then think of this stat as the inevitable reason why.

Miles has had a pretty successful tenure with the Tigers in Baton Rouge, but the hot seat has intensified over the past 12 months; LSU has been hoping to be a national title contender, and they have been falling short by more than they should considering all of the talent they have been drawing in through recruiting.

LSU’s biggest downfall? Inconsistency at quarterback in recent years, and this one stat from The Advocate‘s Ross Dellenger shows just how bad the quarterback situation has been in the past decade-plus under Miles.

Under Miles, LSU has signed 17 quarterbacks in 11 recruiting classes, excluding the most recent class and including walk-on turned scholarship QB Andrew Hatch. Of the 17, just three completed their careers at LSU as a quarterback.

Essentially of the 17 quarterbacks that Miles has recruited, 11 have either left the program or changed positions. Heck, that number could become 12 based on what happens with Brandon Harris.

RELATED: This quote from Les Miles shows he’s hopelessly out of touch

With how good LSU has been since Miles became the head coach, it’s amazing to think that they have only really had one quarterback that you could consider “good” at the college level. The problem there? That quarterback was Zach Mettenberger, who only transferred to LSU after a dismissal from Georgia.

Miles has been able to get some of the best talent available at LSU, which has helped the Tigers put together some incredible defenses over the years. However, his consistent inability to find a quarterback has kept LSU from reach its full potential, and it looks like that could cost him his job.