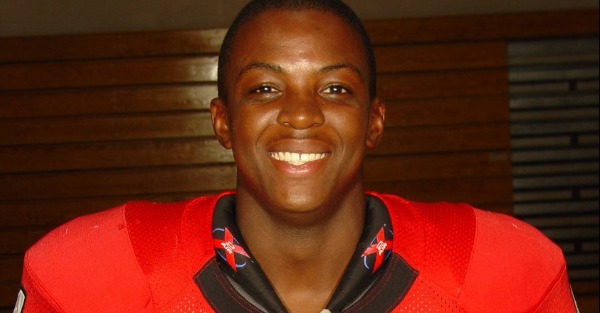 Four suspects have been arrested in connection with the stabbing of an Appalachian State University football player, and police are seeking three more they say were involved.

Malik Jaleel Simpson, 23, has been charged with one count of felonious assault with a deadly weapon, according to the News & Record.

Three others, all with current or former connections to the football team, are facing misdemeanor assault and battery charges. -Current football team members Ke?monte Tayvon Hayes, Isaiah Diontae Lewis and former team member Marlin Lamar Johnson have also been arrested in connection with the case.

The Winston-Salem Journal, quoting a news release from the Boone Police Department, said an altercation started outside of an area bar and continued in a parking lot, and Teh’ron Fuller, the football player, was stabbed during the altercation.

Fuller was taken to Wake Forest Baptist Medical Center in Winston-Salem, and he’s now recovering from his injuries.

Appalachian State has issued its support for Fuller.

There’s still no word on what started the altercation.