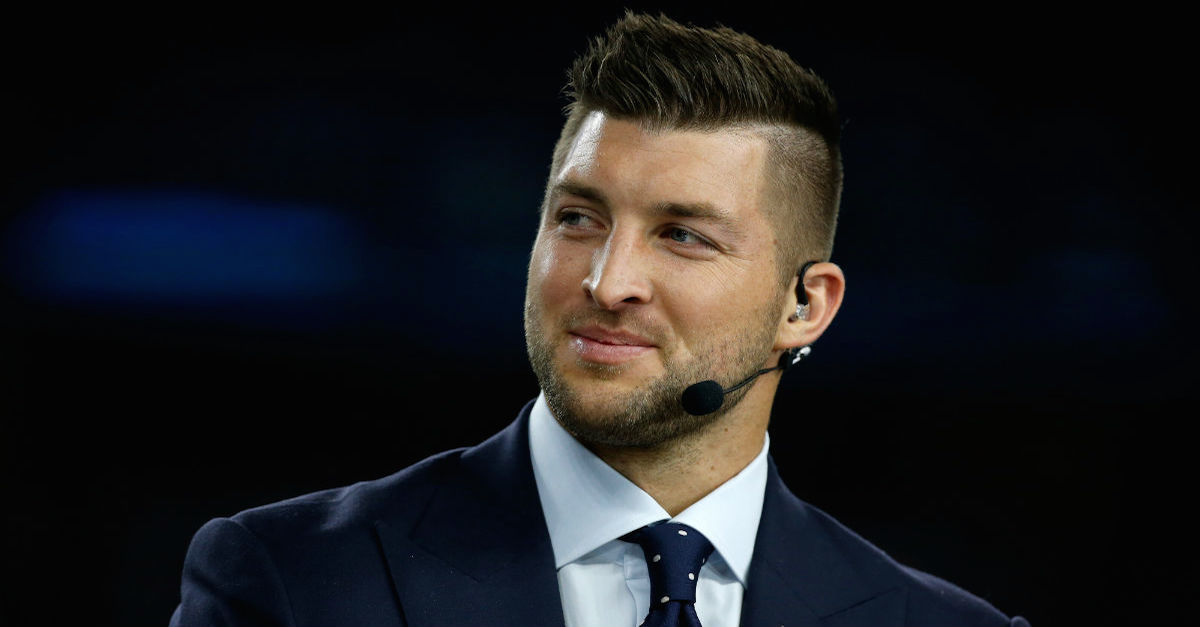 Tim Tebow hasn’t been on an NFL 53-man roster since the 2012 season — back when he was with the New York Jets. He still has his job with SEC Network on SEC Nation this fall — the network announced earlier this month that he would retain his role as an analyst on Saturday mornings. He also has a television show on Fox, titled “Home Free,” in which couples compete for homes. Speaking with the Associated Press in a brief interview, Tebow says that one career — coaching — is one that definitely interests him.

Rumors were swirling a few weeks ago that the former Florida Gators quarterback would be speaking at the Republican National Convention in Cleveland Oh., but Tebow denied that he was just before the RNC began. The AP asked Tebow about a potential career in politics — which he’s addressed before — and he added that he definitely would not rule that out down the road.

“My goal has always been able to make the biggest impact that I possible could in people’s lives. If I thought this is the right avenue, this would work, then I would be totally up for going down that path. Do I feel like that’s right now? No, not necessarily,” he said. “Could it happen in the future? Yeah, I definitely wouldn’t write that off.”

Check out the full AP interview with Tebow here.