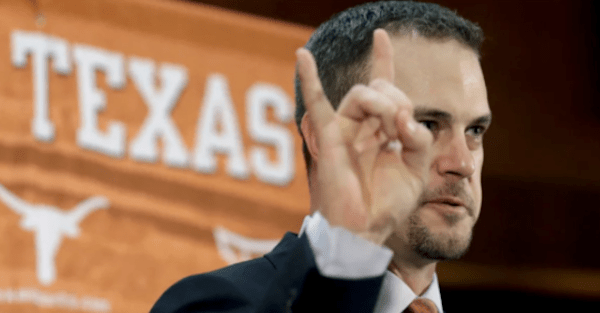 Tom Herman on scheduling: "We don't play a rival at home ever. I don't know why we can't play A&M as our marquee non-conference opponent."

So, it looks like both sides want it to happen, but want is not the same as doing. Texas has reportedly gone out of its way to stop A&M from playing against Big 12 opponents, as reported by John Talty of AL.com in the past. In fact, the report indicated that former AD DeLoss Dodds flatly wouldn’t put the two sides back together.

“Their AD (DeLoss Dodds) at the time came out and said we will never play Texas A&M again, and they worked along with Baylor and the conference to have no one in the (Big 12) schedule us. There were other forces at work to make sure we didn’t play.”

There are pitfalls on both sides in that, well, the loser of an annual battle would be in a tough recruiting position. Still, college football would be a better place if the two marquee programs from the state of Texas were facing off every single year and there are some winds blowing in that direction, including two very powerful people.