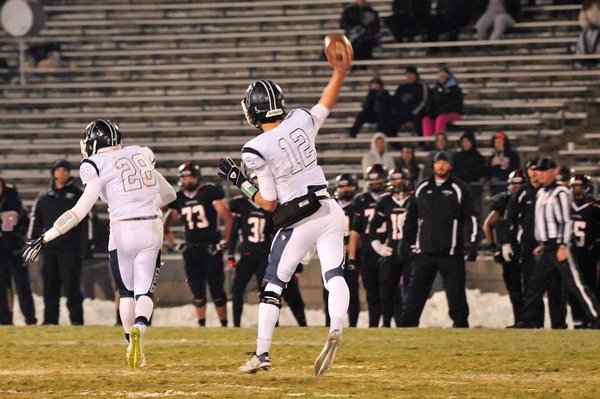 Quarterback Dylan McCaffrey (6-foot-5, 200 pounds, Littleton, CO) is one of the top rated pro-quarterbacks for the 2017 recruiting class, as he’s rated as the No. 25 overall recruit at ESPN and No. 44 at 247Sports. He’s also the younger brother of star Stanford running back Christian McCaffrey.

However, the younger McCaffrey won’t be following his brother to Stanford, and instead will be joining former Stanford coach Jim Harbaugh at Michigan.

After much consideration, I am Very proud to announce I have committed to the University of Michigan! #GoBlue pic.twitter.com/spHPcFrQb5

This is an important commitment for Michigan, as quarterback is one of the team’s weaker positions heading into 2016. Jake Rudock is done with the school after his eligibility ran out, and the school will likely be choosing between Shane Morris and 2016 commit Brandon Peters. McCaffrey — who ESPN says is the highest-rated quarterback commit for Michigan since Ryan Mallet in 2007 — will likely join that quarterback battle immediately when he arrives on campus.