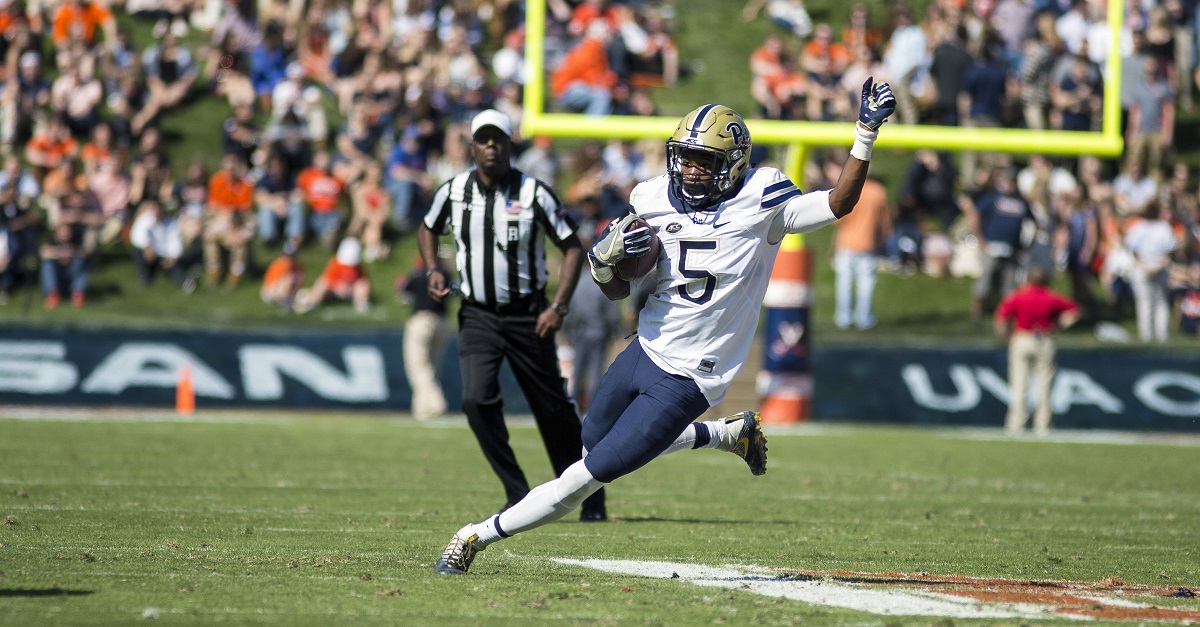 This is just sad.

On Monday, Pittsburgh announced that wide receiver Tre Tipton would miss the 2017 season due to a non-football knee injury.

“I know I speak for the entire team in saying we are all disappointed for Tre,” head coachh Pat Narduzzi said in Pitt’s statement. “He is an absolutely outstanding young man and teammate. Even though he is unable to play this fall, we know Tre is going to be an invaluable figure in our wide receivers room while he rehabs.”

Tipton, a class of 2015 recruit, was expected to contend for a starting spot with Pitt this year after the Panthers lost two of their top receiving targets from their 2016 team.

This is Tipton’s third season-ending knee injury in his career at Pitt, two of which have caused him to miss entire seasons. Tipton was able to play in nine games last season before the injury, where he had 203 total yards of offense and one touchdown for the season.