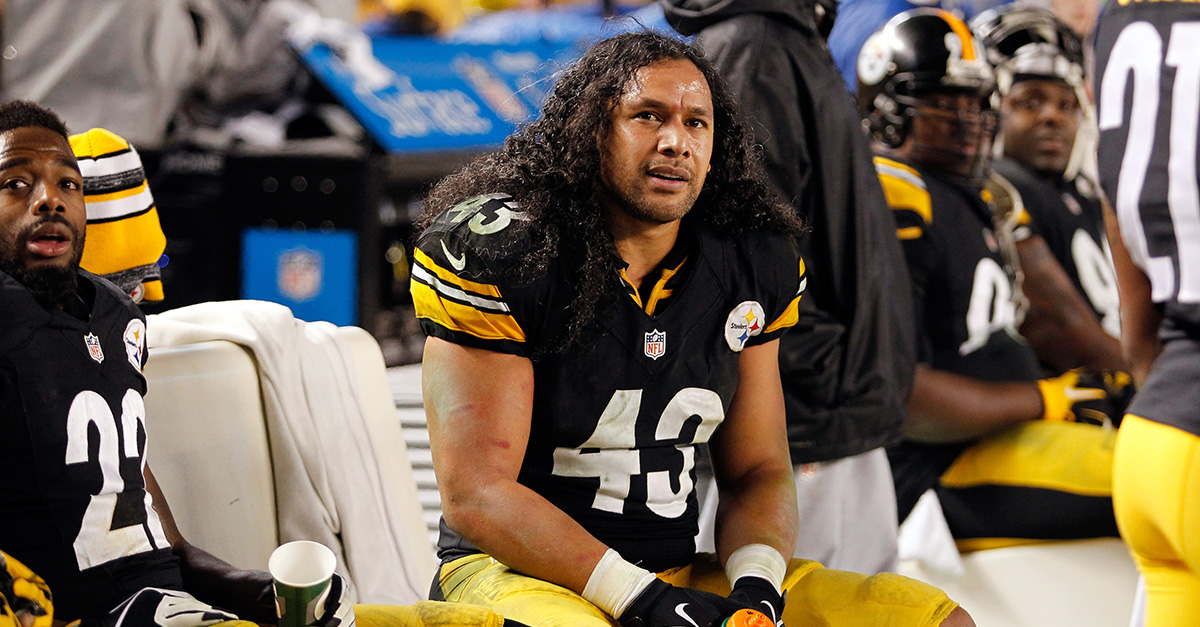 Troy Polamalu’s retirement announcement this week closed the career of one of the best safeties in the NFL — and in college football from his time at USC.

Polamalu’s retirement led to a number of stories about his greatness on the field, but this story about Polamalu off the field from FOX Sports’ Bruce Feldman was even more touching.

So back in July 2013, Texas A&M defensive lineman Polo Manukainiu died in a car accident. A few days later I got contacted by someone tight with Polamalu asking if I could get him a number for someone in the late player’s family.

It was for Troy, I was told.

I tracked down the number from someone at A&M. Weeks later I was in College Station and ran into one of the people close to the guy who gave me that number. I had figured Polamalu, who didn’t know the player and only had heard about him from the news stories in the wake of the tragedy, left the grieving family a voice mail or sent them flowers or a condolence card.

Turns out, Polamalu footed the bill for the entire funeral. I was blown away. Here is one of the best football players the NFL has ever seen spending thousands of dollars on a stranger?

According to Feldman, that’s not where it ended. Polamalu also got in touch with the families of the other three that died in the car crash and footed the bill for their funerals as well. All told, it was estimated that he gave $50,000 to pay for all of the arrangements an costs associated with the funerals to help those families. It’s a tremendous example of the type of caring person Polamalu was off the field and why most that knew him always mention how good a man he is, even better than he was as a player in his sure to be Hall of Fame career.