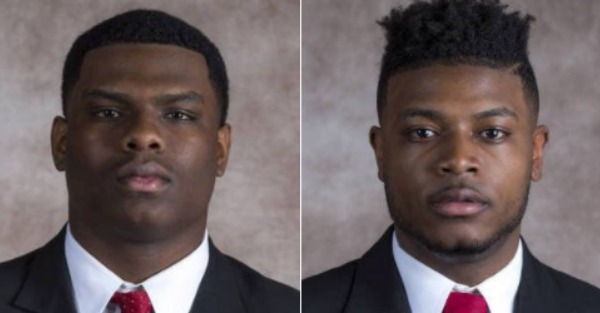 #Nebraska WR Stanley Morgan and S Antonio Reed who were arrested for marijuana possession were both given misdemeanors.#collegefootball pic.twitter.com/kJNWKREdGD

According to the Omaha World, the two football players — wide receiver Stanley Morgan and safety Antonio Reed — and an unidentified woman were driving in Port Orange, Fl., when they were pulled over by police during a traffic stop. The officer, in an affidavit, said he smelled marijuana, searched the car, and found back packs that contained marijuana.

Last season, Morgan appeared in all 13 games, made nine starts, and had 33 receptions for 453 yards. His Nebraska bio says the 6-foot-1, 200 pounder is looking to be the team’s “go-to receiver.”

The Nebraska Athletic Department had no comment, according to the World.