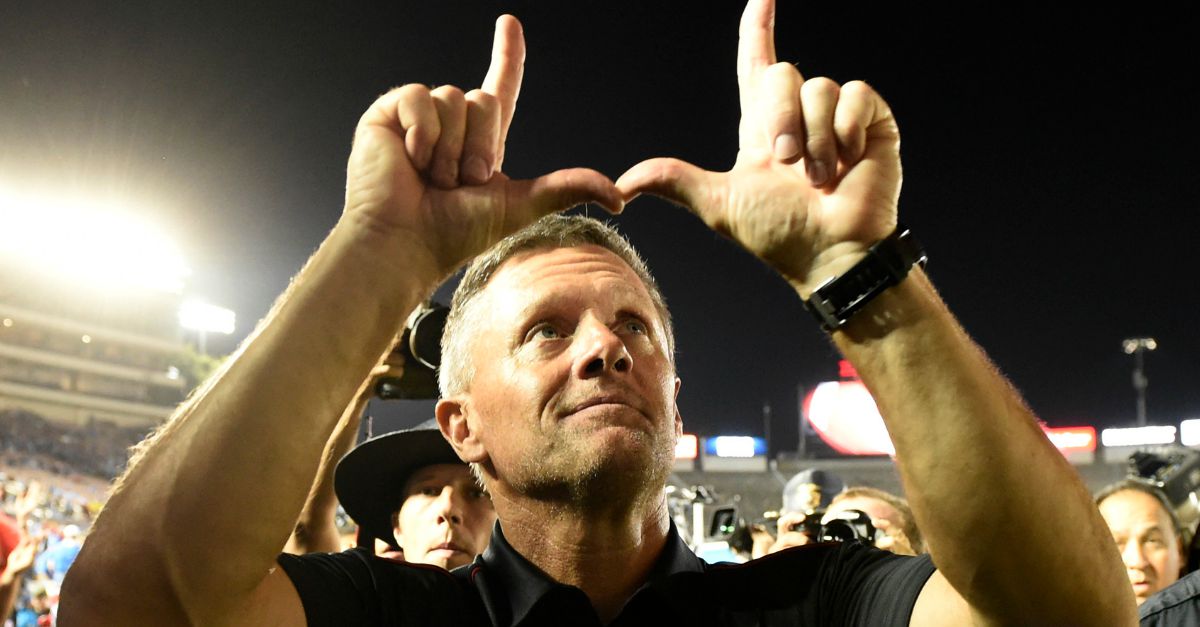 “Obviously, our first concern is that both Lo and Marcel are going to be OK, which appears to be the case,” Whittingham said in a statement released by the university. We don’t have all of the details yet, but it is our understanding that they are the victims in this incident and we feel very fortunate that they are expected to fully recover. It is unknown at this time how soon they will be able to return to the football field, but we are optimistic it will be in the near future.”

Flakemaka, homegrown from West Valley City, Utah, walked onto the team in 2013 while Brooks-Brown, who hails from Rio Linda, Calif., started his first season with the university not more than a few weeks ago. Both Utah players are expected to make full recoveries.

Hearing there was a campus shooting & that 2 Utes athletes could be victims. Apparently this is the campus rumor, right now. Hopefully wrong

Once again, everything I'm hearing is that the football players were the victims. Not ones that instigated. This just sucks.

Props to the first responders last night & the students who acted quickly in aiding both Falemaka and Brooks-Brown. #Utes

A search for three suspects is underway, but Salt Lake Police Department Sgt. Robin Heiden made a statement to reporters earlier this moment.

“The incident began just before midnight Saturday night at a crowded house party located near 310 S. and 1300 East,” according to Sgt. Robin Heiden of Salt Lake Police Department. “Two males at the party were asked to leave by the home renter, Heiden said, and an altercation took place at the doorway between these two males and two University of Utah football players who had attempted to escort them out. The players have been identified as sophomore tight end Lo Falemaka and freshman running back Marcel Brooks-Brown.”

“At this point, one of the suspects pulled out a gun and shot Falemaka and Brooks-Brown, according to Heiden. Both victims were shot in the torso. Both are in stable condition and expected to recover,” Heiden said.