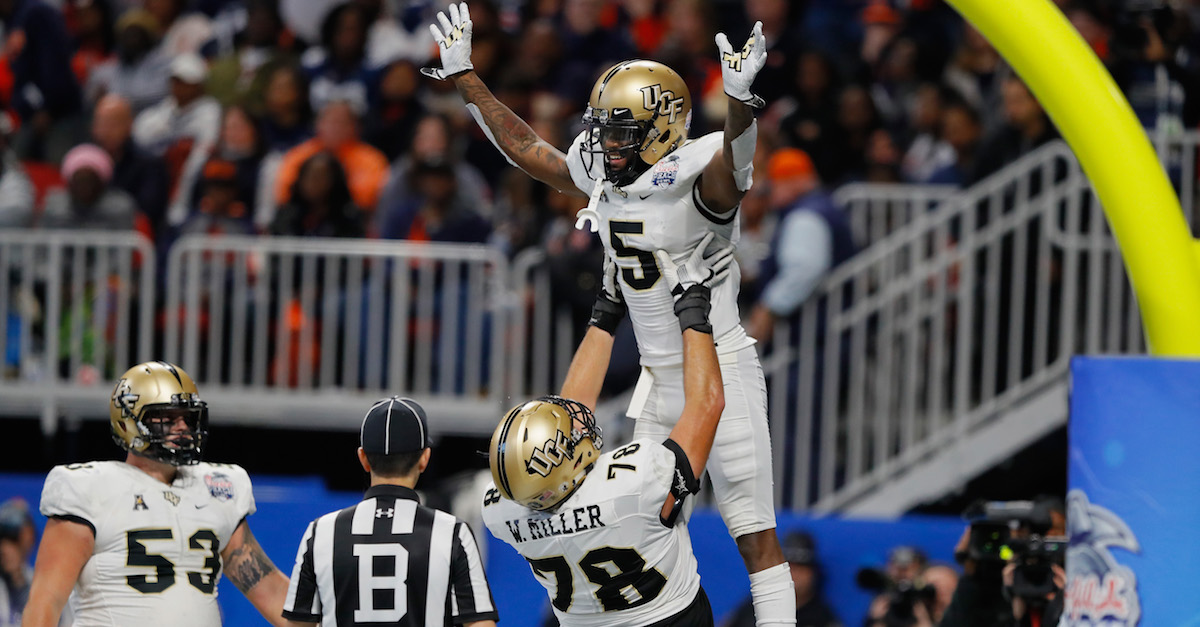 In Scott Frost’s final game as head coach before he jumps to Nebraska, No. 12 UCF football has arrived.

After blitzing through the regular season to the tune of an unbeaten 12-0 record, the Knights answered the bell and knocked out No. 7 Auburn (10-4), 34-27.

The Knights held a 13-6 advantage at the half, but truly pulled away in the final frame. A touchdown run by quarterback McKenzie Milton and a pick-6 gave UCF the lead, 34-27. Two missed field goals gave Auburn a shot late, as they drove the field with a chance to tie the ball game.

With no timeouts, Auburn moved into striking distance only for quarterback Jarrett Stidham to throw an interception.

Two years ago, UCF lost every single game it played. What an unreal turnaround.