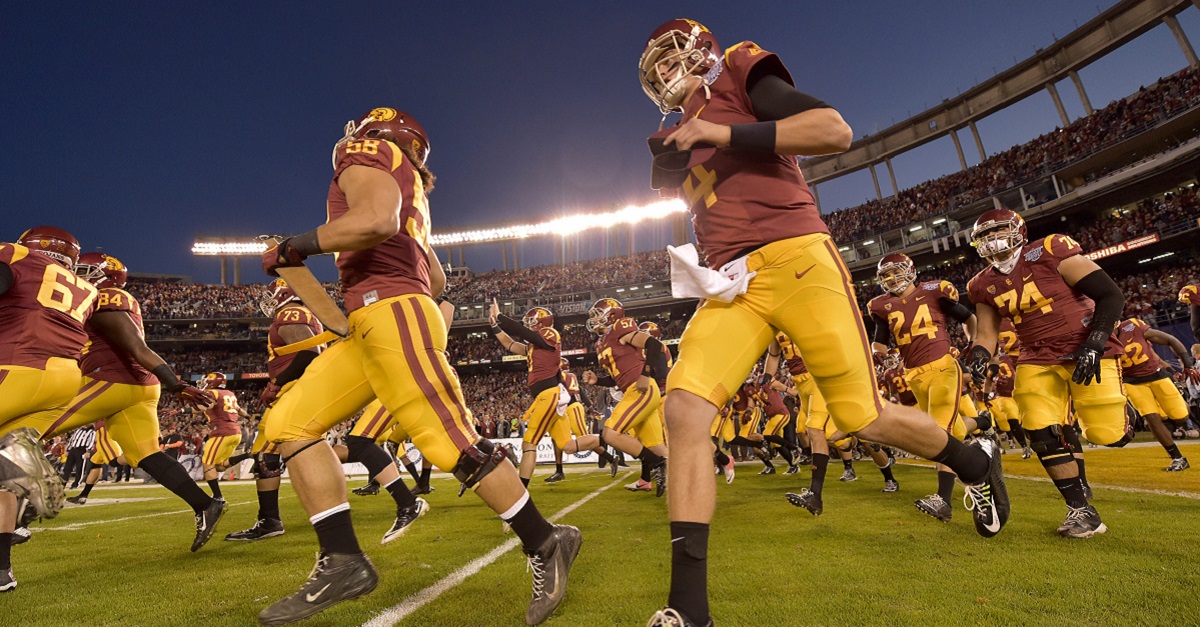 It looks like the Trojans have officially moved on from Cody Kessler.

On Saturday, USC and head coach Clay Helton announced that redshirt junior Max Browne would be the team’s starting quarterback for its Week 1 contest against Alabama.

Redshirt junior Max Browne has been named USC's starting QB. The Trojans open the season against Alabama on Sept 3. pic.twitter.com/mLDjULtGaC

Browne had been competing for the job against Sam Darnold, and its looks like he finally won the job.

Once one of the hottest recruits in the land, Browne has been waiting for a long time to get his shot at the full-time starting job. The former No. 1 quarterback of the 2013 class had been waiting patiently behind Kessler at USC, and it looks like his time has finally come.

Of course, he’s going to need all the help he can get for his first career start; nothing says “Welcome to college football!” like a game against the defending national champions on a neutral field.