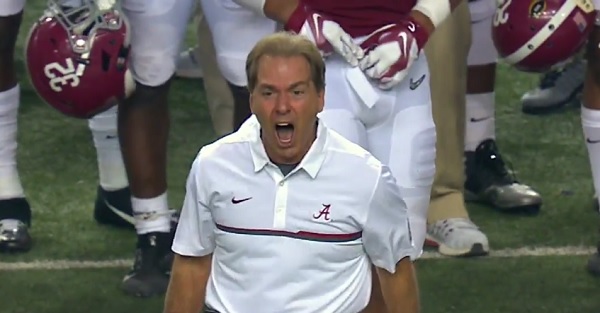 Brando responded to colleague Bruce Feldman’s tweet announcing the Trojans as the favorite to win the Pac-12 Championship at Pac-12 Media Days on Wednesday, confirming that they were also his pick to win the national championship.

They are also my pick to win it ALL!

That comes as a surprise considering Brando’s past ties to the SEC with CBS and familiarity with head coach Nick Saban and Alabama, who many predict as the preseason favorite to win the title for the second time in three seasons.

In fact, Brando doesn’t even have the Tide in the title game, picking them to finish behind both USC and Florida State earlier this month:

Brando’s prediction isn’t too far fetched, however, as USC enters the preseason with tied with Ohio State for the second-best preseason odds to make the College Football Playoff in 2017 at 15-to-2, according to Vegas Insider. Alabama is currently favored at 3-to-1 and Florida State is fourth at 8-to-1.