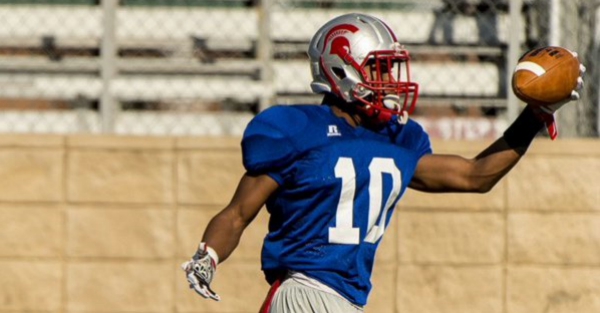 Three-star wide receiver Velus Jones Jr. (5-foot-11, 180 pounds, Saraland, AL) had been committed for USC for nearly a year, but on Friday night, he suddenly changed his commitment from USC to Oklahoma.

That newfound commitment didn’t last long, however, as Jones flipped back to USC on Saturday with this Twitter message:

I have made my final decision to attend the University of Southern California and I'm ending my recruitment FIGHT ON!

Jones is ranked as one of the top recruits out of the state of Alabama for the 2016 recruiting cycle. He can now add Oklahoma to the list of schools that he has spurned, with a group of SEC schools joining the Sooners on that beat.