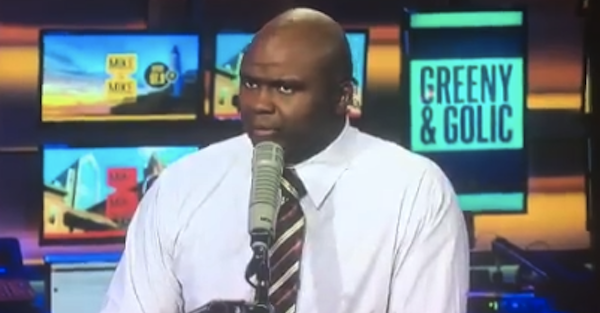 September 11th often produces vivid memories and real passion from those who were closely affected by the tragedy that took place in the United States. As a result, a fiery speech emerged on ESPN’s airwaves on Monday from college football analyst Booger McFarland and it took place on Mike & Mike.

Here is a transcript of McFarland’s comments, via SEC Country, in which he addressed national anthem protests from sporting figures.

?Some of the issues we have now with the disrespect of our police, and our military, and our flag, and our soldiers and our first responders. You understand why people get so furious. Because some people say ?Ah, yeah, it?s just a flag.? No, it?s about what the flag represents. It?s about the people it represents, because when [the 9/11 attacks] happened, those were the people who were running the wrong way. They were trying to protect us from whatever was going on with the terrorist attack. And I think it just puts things in perspective on why we respect those people so much and why we endear our lives to those people so much. And we owe them everything.?

McFarland undoubtedly speaks for a large segment of the audience in this instance, especially those who believe in what he indicates the flag represents to him. As with anything, it is a safe bet that someone will disagree with his statements but McFarland certainly did not lack for passion in this instance and he brought his message to the forefront.