This targeting call is a complete embarrassment to college football 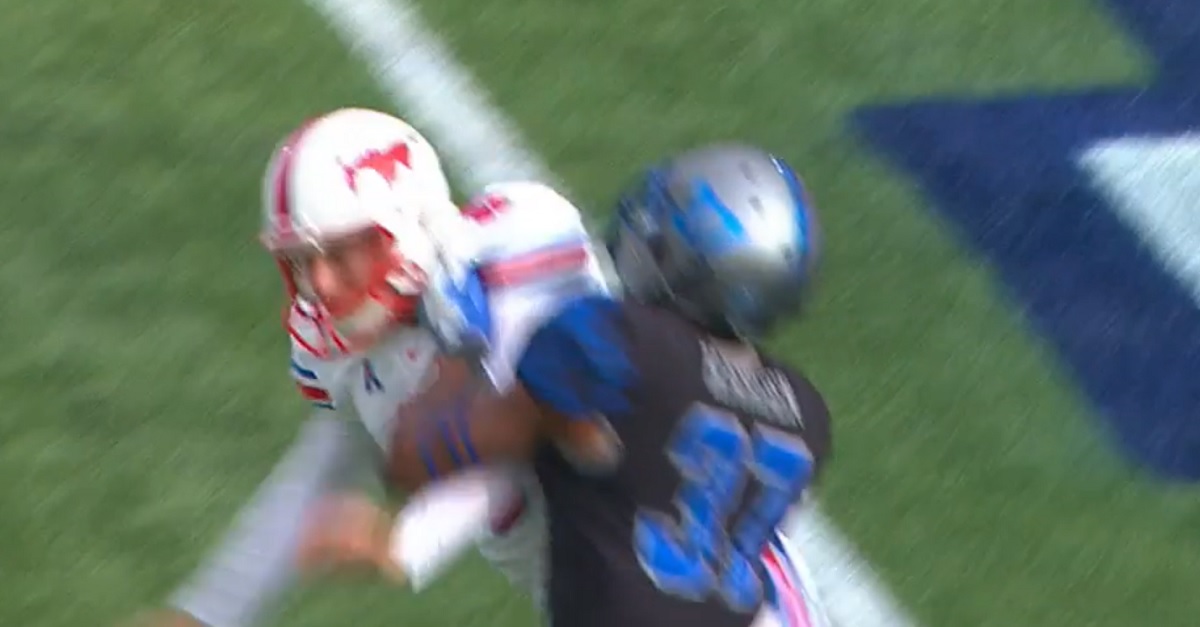 The targeting penalty has merits in trying to make college football a safer game.

However, this wasn’t targeting. Not even close.

This comes from the SMU-Memphis game on Saturday, an important game for Memphis as they try to get to the AAC title game and make a potential bid for a New Year’s Six Bowl. However, they will have to get through SMU without senior defensive back Caelon Harden, as Harden was ejected for the play above due to a targeting call.

Even the announcers for the game seem perplexed as to why Harden was being ejected on the play. The most notable thing Harden did on the play was the block on SMU’s punter, but that block appears to show no usual indicators of a targeting call, and should be a legal play regardless as the punter was no longer a defenseless player running down the field.

Again, targeting has its place in college football… but this wasn’t it, and it’s a damn shame that a player now has to sit out the rest of the game from such a controversial call.