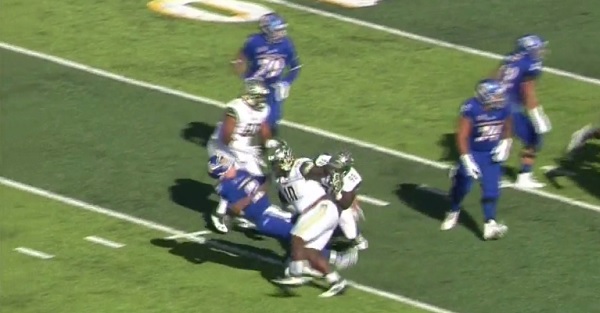 It took all of one day of college football to get a targeting call that some people probably aren’t happy about.

The ref threw the flag immediately, as Love got up and taunted back at Senat knowing that the lineman would be ejected.

By the rulebook, this does appear to fit the definition of targeting. Senat lowers his head and makes hard contact above the neck on Love. Senat appeared to know it immediately, as he reacted right after the hit as if he knew what happened, but had incidentally made the contact. Unfortunately for him, incidental contact didn’t matter here.