After leaving Miami, the son of a former Heisman winner has a transfer destination 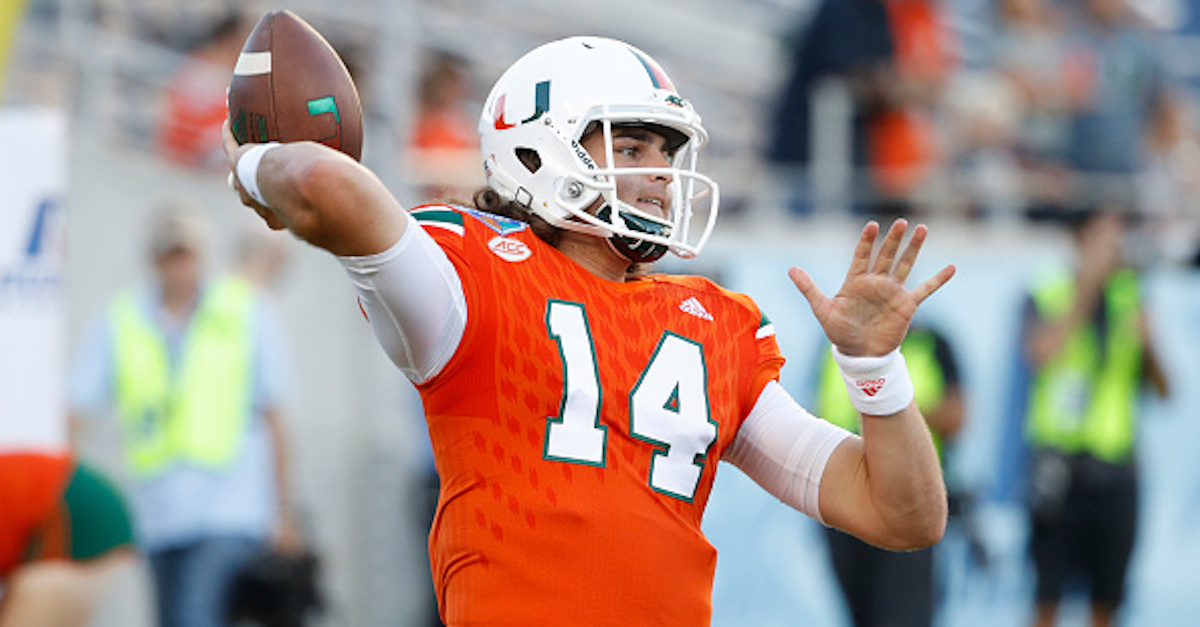 According to the Times Union, Testaverde, a 6-foot-1, 195 pound quarterback, is transferring to the University at Albany. The report states that Testaverde will join the Great Danes off of scholarship, redshirting this season before using his final year of eligibility in 2018.

He’ll join UAlbany this Monday in practice, likely with the intention of competing for the starting gig in 2018.

According to the Times Union, the news of Testaverde’s transfer was first reported by WNYT (Channel 13).

The younger Testaverde’s college football path is far different from his father’s, who won a Heisman Trophy with the Miami Hurricanes before becoming drafted No. 1 overall in the 1987 NFL Draft.

Vincent walked on at Miami after seeing only one game of action as a freshman at Texas Tech, where he completed 15-of-26 passes for 116 yards and one interception. He never saw the field with the Hurricanes, and he was so far down on the depth chart that he didn’t even play in Miami’s most recent scrimmage — which may have led to his decision to transfer.