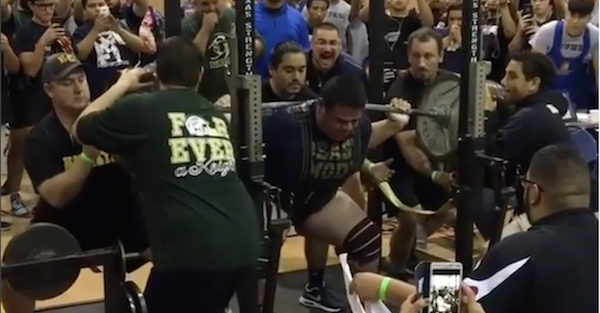 Joseph Pena doesn’t mess around in the weight room.

Related: All this college commit needed was his school’s chant as he bench pressed a whopping 450 pounds

Pena broke the record at the Texas High School Powerlifting Association meet. He broke his previous record by 75 pounds.

Pena previously broke the junior and sub-junior world record in 2016 with a 805-pound raw squat. He plays center for the high school football team.