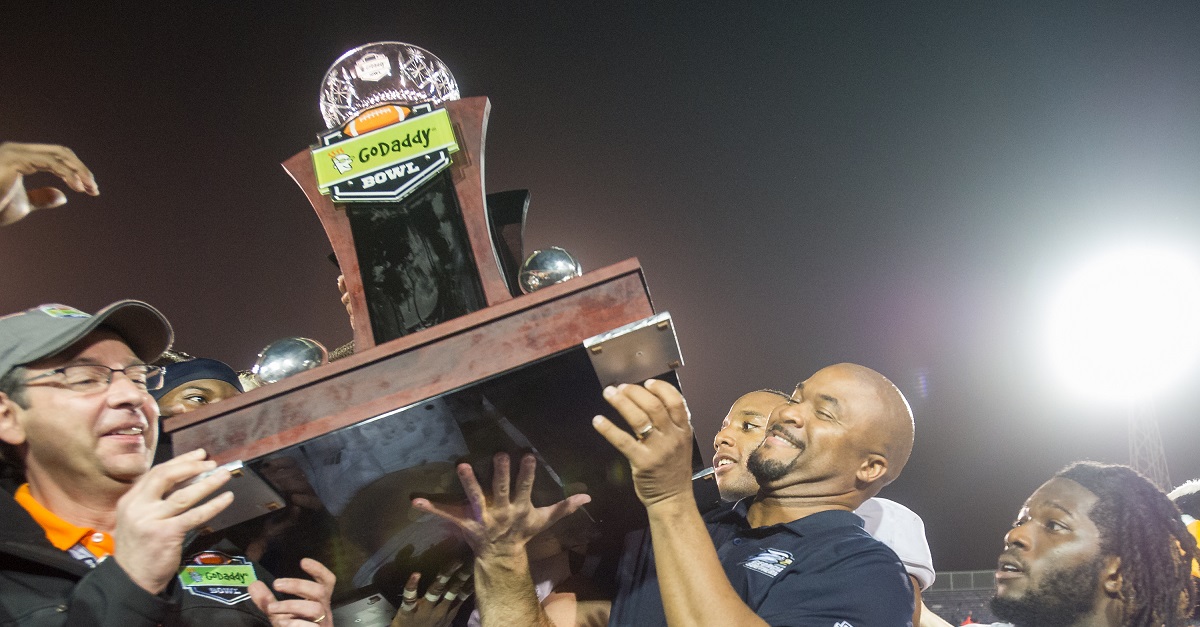 Good news for the NOVA Home Loans Arizona Bowl: you’re off the hook for the worst bowl game name of all-time!

The new winner? Well, the now former GoDaddy Bowl (also terrible name) switched up sponsors for this upcoming season. The contest in Mobile, Ala. between MAC and Sun Belt teams will now be called… the Dollar General Bowl.

We are excited to welcome @DollarGeneral as the new title sponsor of the Dollar General Bowl! #DollarGeneralBowl pic.twitter.com/lcveJLVUBk

That is… that is definitely a name.

I guess we can’t make fun of this name too much; Dollar General is actually a multi-billion dollar company with thousands of stores across the country. And before people say this is a sign that we have too many bowl games, this particular game dates back to 1999 when we only had 19 bowl games. Now we have more than 40 and the names have gotten out of hand.

But really, some bowl games just have great unique names. The “Dollar General Bowl” just sounds like the cheapest, most generic bowl name of all time.

Couldn’t they have just named it the Alabama Bowl? They can still have Dollar General as a sponsor, of course, but bowl games that are just literally named after their sponsor just feel even more second-rate when they don’t need to be.

Oh well. Hopefully the folks at Dollar General can contribute to a good game experience.