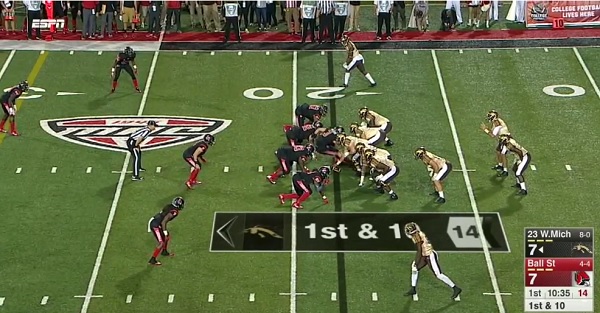 Every defender will jump offsides at some point on an attempted blitz. It’s something that happens to everyone.

This, though… this doesn’t, and Ball State’s Sean Wiggins might not be able to live this one down.

RELATED: The Baylor-Rice game had to be stopped for the weirdest announcement

Yep, he fell down right at the line while everyone sort of just stood there looking at him. Western Michigan didn’t need to snap the ball with Wiggins offsides, as the refs called the penalty anyways.

If it’s any credit to Wiggins, he does appear to be laughing at himself a bit for the miscue. Nothing like falling on your butt on national television to get the laughs going.